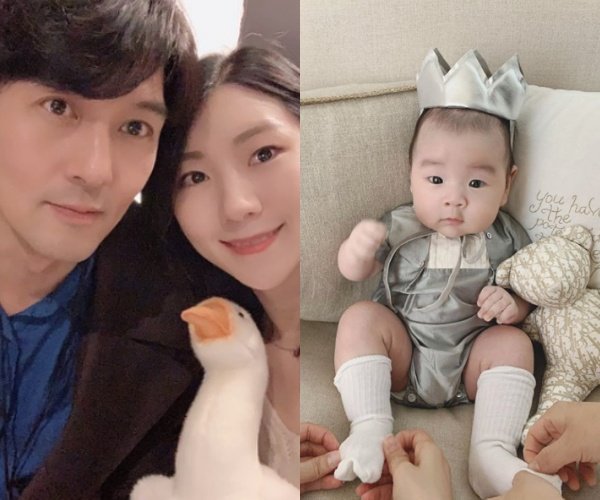 Lee Pil-mo and his wife recently celebrated the one hundreth day of their son's birth. They have been posting many Instagram pictures of their son in celebration, to the approval of their fans.

Lee Pil-mo and his wife got married earlier this year on February 9th following their appearing together on a dating program that paired celebrities with non-celebrity people. The birth of their son on August 28th confirmed rumors that she had gotten pregnant while the program was still airing. Lee Pil-mo's last project was "Haechi" earlier this year.