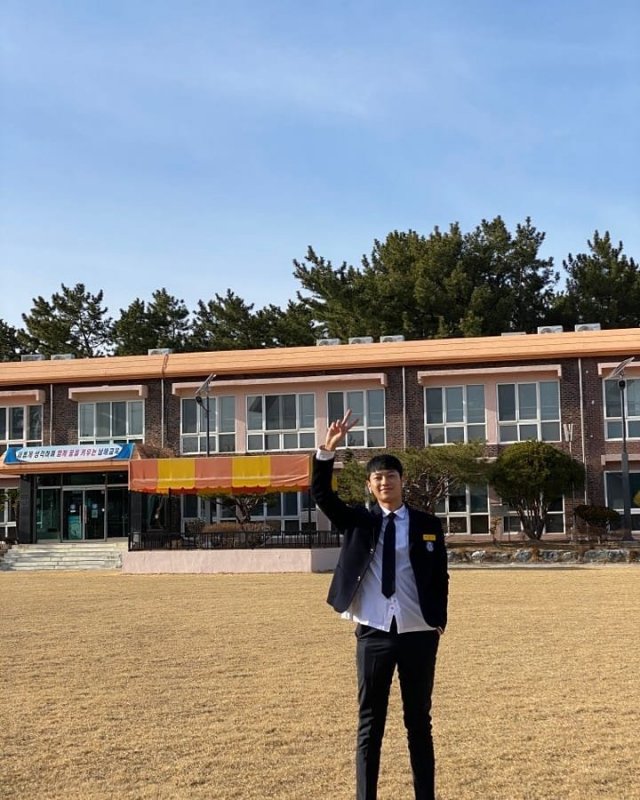 On March 27th Forest Entertainment posted a photo of Lee Shin-young on their Instagram account. The young actor can be seen wearing the school uniform that is the trademark of his character in the upcoming drama "How to Buy a Friend".

Following his minor, but surprisingly viral role in the drama "Crash Landing on You" earlier this year, Lee Shin-young enjoyed a significant boost in prospects. "How to Buy a Friend" is a short drama that will only air for eight half-hour episodes, but it's still a starring role for the young actor. Amusingly enough, he will play a normal high school student with non-existent self-esteem who ends up contracting a friendship with a legendary fist fighter played by Shin Seung-ho.

"[HanCinema's News] Lee Shin-young Set for First Leading Role in "How to Buy a Friend""
by HanCinema is licensed under a Creative Commons Attribution-Share Alike 3.0 Unported License.