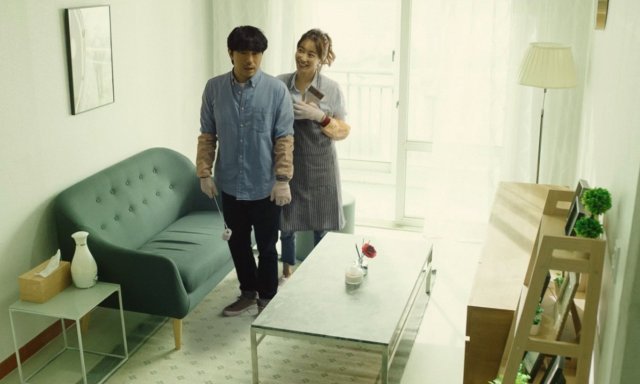 On December 5th at a press conference for the upcoming film "Killed my Wife" Lee Si-eon and Wang Ji-hye discussed their roles in the movie. Surprisingly, Lee Si-eon confessed to being unimpressed by Wang Ji-hye's original casting, though he did eventually change his mind.

The main reason Lee Si-eon cites for this is that he thought Wang Ji-hye was too effective in the early happy newlywed scenes. This made him skeptical that she would be able to effectively adjust to the movie when it turned into mystery thriller mode. Wang Ji-hye attributed this impression in part to how she prepared for the role, by being overly friendly and getting to know everyone on set so as to understand her character better.

"Killed my Wife" is a thriller based on the webtoon of the same title. It deals with a husband who blacks out and is forced to make a run for it when he comes under suspicion for having murdered his wife. The movie will release in South Korean theaters on December 11th.