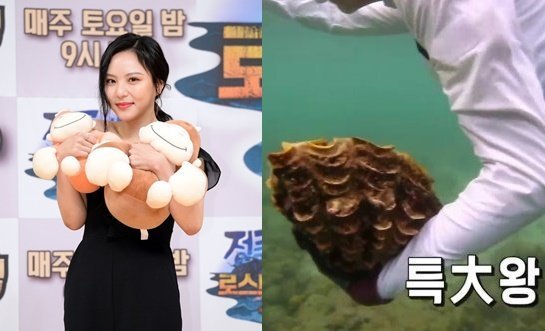 Following news of Lee Yeol-eum leading the performers of 'Law of the Jungle' in eating endangered clams, many have wondered how likely she is to face prison time for her actions. Under Thai law eating endangered claims can catch a penalty of up to five years in prison. On July 9th reporter Jang Yong-jin appeared on the KBS radio program 'Kim is the Best' to discuss likely outcomes.

In short, Lee Yeol-eum is unlikely to be punished for her actions. He stated that while South Korea and Thailand do have reciprocal extradition treaties, it is rare for anyone to be extradited unless they have committed a major crime, such as murder. The South Korean government is unlikely to cooperate with a relatively minor request by Thailand in regards to illegal fishing.

Jang Yong-jin further contextualized the uproar as being less about the three giant clams in question as it is a matter of national pride. Furthermore, the inherently joking nature of 'Law of the Jungle' added insult to injury. Jang Yong-jin suggested that foreigners who came to a Korean national park and made light of hunting endangered species in this country would face similar outrage locally, particularly if their actions appeared on a nationally broadcasted program.

Of course, it is no longer safe for Lee Yeol-eum to go Thailand, as she will most likely be arrested. The future of Lee Yeol-eum on 'Law of the Jungle' may be in question because of this. However, defenders of Lee Yeol-eum have noted that blaming her exclusively for the incident hardly seems fair. After all, the production company had to approve her idea and it was their job to know the legality of her actions, not the young actress's.