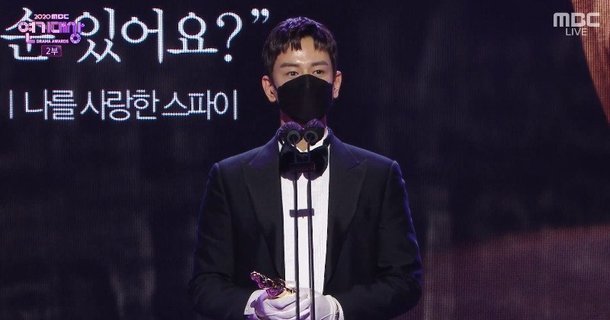 On December 30th, Lim Ju-hwan won the Best Excellence Award for a performer in Wednesday/Thursday dramas at the MBC Drama Awards. Lim Ju-hwan had appeared in two Wednesday/Thursday dramas in 2020, "The Game: Towards Zero" and "The Spies Who Loved Me" both featuring him in prominent supporting roles. This was the first such award Lim Ju-hwan had won in his seventeen years of work as an actor, and he had many people to thank in his acceptance speech. 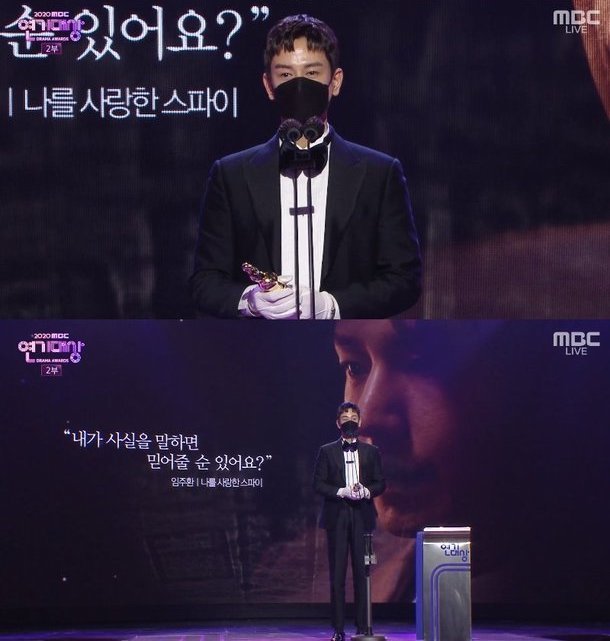 The first were, of course, his family. This was followed by high school friends, and then his agency family. Lim Ju-hwan then thanked the cast and crew of both of the dramas he appeared in. After that, however, he thanked mentoring figures whose exact relationship to Lim Ju-hwan was unclear. These included Cha Tae-hyun, Jo In-sung, and Kim Ki-bang.

Most surprising, however, were the mentoring figures Lim Ju-hwan mentioned despite his acknowledging that they were actually younger than him. These included Lee Kwang-soo, Kim Woo-bin and Do Kyung-soo. Lim Ju-hwan was the second lead alongside Kim Woo-bin in the 2016 drama "Uncontrollably Fond" and also appeared with Kim Woo-bin in the movie "The Con Artists" in 2014. Lim Ju-hwan does not have any confirmed upcoming projects.