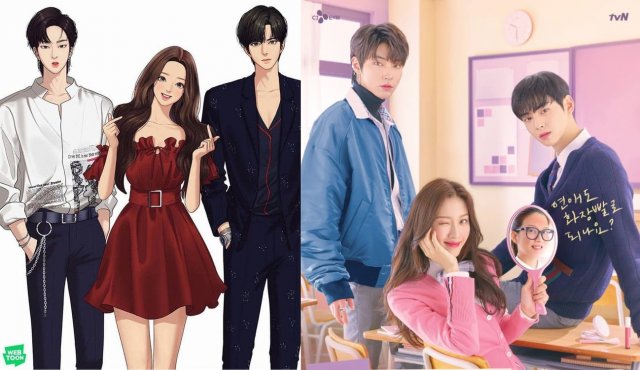 The global messenging platform LINE recently announced a partnership with Naver webcomics for the former to make mobile games using the licenses of the latter. This is the first such agreement between the two companies. It is suspected that the agreement was prompted by the television adaptation of "True Beauty" which in its original webcomic form has had earnings anticipated to be around 3.5 million dollars based solely on pageviews.

"True Beauty" has been noteworthy for its popularity with teenagers and twenty-somethings. Reaction to the drama version has also suggested that fans are willing to consume the story in a variety of forms provided the original tone is well-maintained, with a recently aired episode drawing attention for featuring a basketball setpiece with no equivalent in the webtoon. LINE Studio has promised that the new game will have elements that appeal to "True Beauty" fans and newcomers alike.

Among the games LINE Studio has developed include LINE Rangers, LINE Bubble 2, and LINE Chef, which number a billion users between them. However, these games, the most popular of LINE Studio, were all produced using LINE characters which appear in the messenger application, LINE is most likely attempting to draw in audiences beyond those which are fans of the original LINE characters with this move.