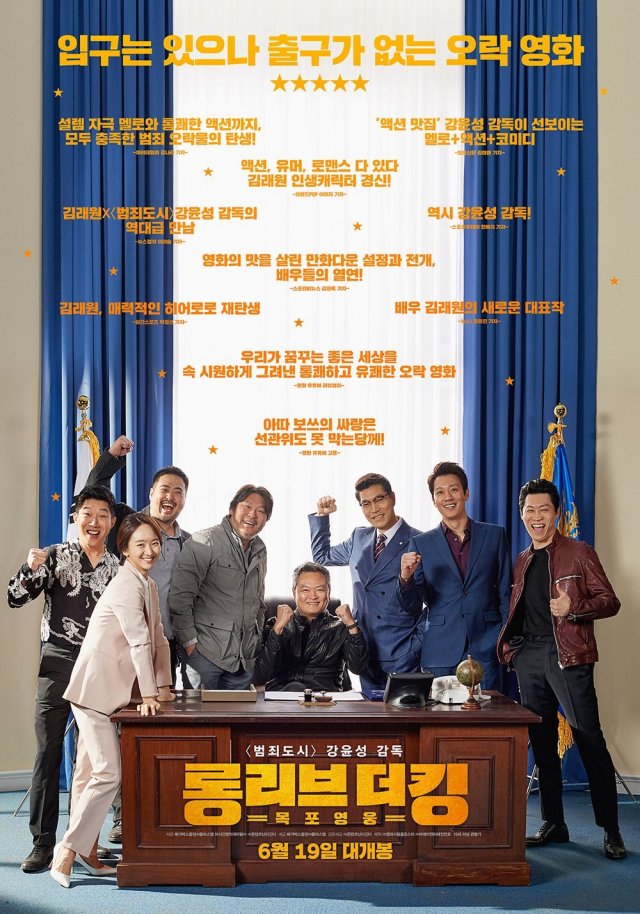 In two weeks "Long Live the King" has scored over a million admissions at the box office. The results are reasonable for a gangster themed action comedy, but far below expectations. Director Kang Yoon-Sung instantly became a big name in South Korean film thanks to "The Outlaws" in 2017, which made nearly seven million by comparison.

Part of this is just due to "Long Live the King" being overshadowed by "Parasite", a more high brow film with lower expectations that was not expected to provide such strong competition. The same can be said for the foreign release of 'Aladdin', which has overtaken even "Parasite"'s numbers after a fairly slow start.

But that's not even to explain the poor performance of a film that's done so badly it won't get back even half its production budget at the box office. Aesthetics are another obvious culprit. Many casual viewers have been critical of the acting in the movie, as well as its tone. One commenter compared it to nineties gangster movies that were known for having trouble sticking to a consistent genre.

"Long Live the King" may have better prospects in secondary markets, where its flaws aren't as likely to draw attention. For now the movie has become a cautionary tale about bigger budgets not necessarily producing bigger results when it comes to gangster genre films.