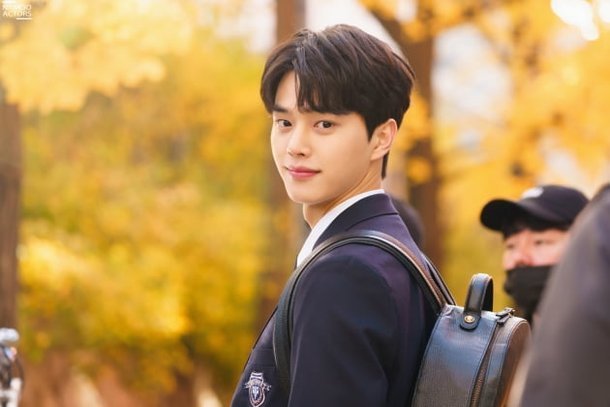 Interest has been surging in Song Kang since the release of "Love Alarm" on Netflix on August 22nd. His agency, Namoo Actors, has released still photos from the set of "Love Alarm" in response to this demand.

The pictures do a good job capturing his complexity of expression in the drama. He constantly gives the impression that he is having some kind of strong emotional reaction, but it's difficult to tell what kind, because he's doing a good job of hiding it.

This is entirely in keeping with his character in the original webcomic "Love Alarm" was based on, which is a major part of what's been drawing interest to the drama. The premise too is appropriate for the design, as the drama deals with a special app that tells people if someone within ten meters likes them romantically or not.