[HanCinema's News] "Me and Me" and "King Maker: The Change of Destiny" Tops VOD Charts 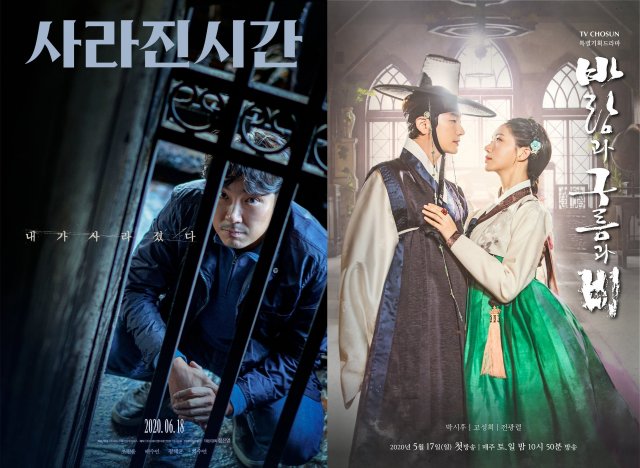 The latest rankings from Home Choice regarding South Korea's most popular Video On Demand titles has recently been released. The metrics include data collated from LG Hellovision, Btv Cable, D-LIVE, CMB, and Hyundai HCN among others from the first week of July. "Me and Me" topped the rankings for movies while the historical drama "King Maker: The Change of Destiny" led for the fourth straight week with dramas.

"Me and Me" was released on June 18th and served as the directorial debut for writer/director Jung Jin-young. While it did poorly at the box office, the movie's mysterious premise of a detective's life apparently disappearing over the course of an investigation has proven a better fit for the secondary distribution market. "Intruder", another mystery dealing with the appearance of a long-lost sister, was second place.

On the drama side "King Maker: The Change of Destiny" was first place. This follows the drama being a modest ratings success for TV Chosun, performing in the 5-6% range. "It's Okay to Not Be Okay" followed the historical drama in second place. Both dramas are notable for their visual flair, which may explain their improved relative popularity on secondary distribution platforms where they can be more easily freeze-framed relative to regular broadcasts.

"[HanCinema's News] "Me and Me" and "King Maker: The Change of Destiny" Tops VOD Charts"
by HanCinema is licensed under a Creative Commons Attribution-Share Alike 3.0 Unported License.