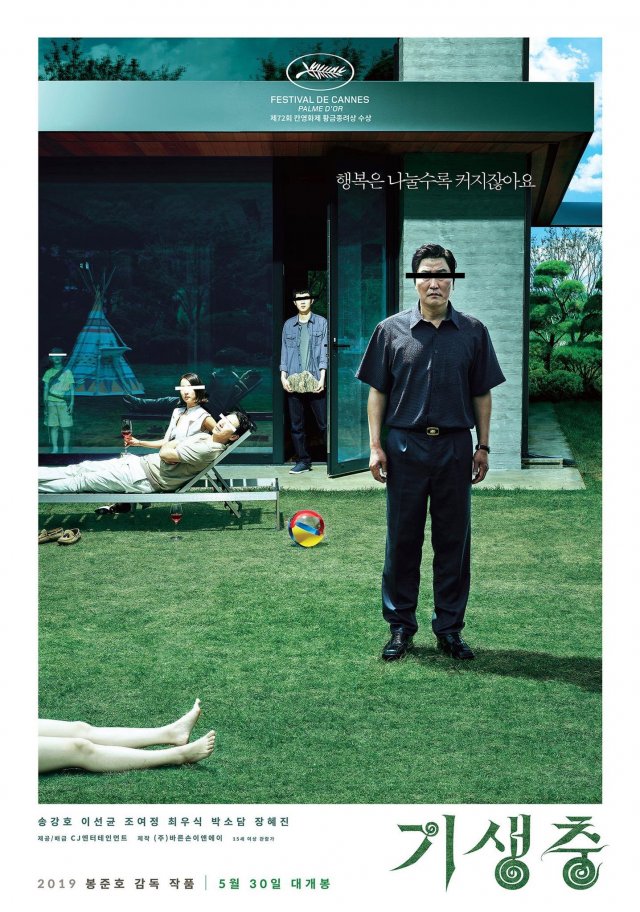 Last weekend was huge for "Parasite", as the Palme d'Or winner cracked over three million admissions at the domestic box office. Because of the movie's didactic reputation distribution companies are already preparing for a possible second wind from both word of mouth and interested repeat consumers. Megabox has already released an enhanced MX sound version as well as the English subtitled version of the movie.

The latter is in part a recognition of "Parasite"'s victory at the Cannes Film Festival. But it's also a likely response to popular viral interview stories over the weekend concerning Darcy Paquet, who translated the movie for the festival. "Parasite" will air with English subtitles at the Megabox theaters in Sinchon and Coex in Seoul, and at the Songdo Megabox in Incheon starting on June 3rd at times to be decided by the programmers for those theaters, to be reserved online the same as normal screenings.

In a statement the head of broadcast programming at Megabox said that the Palme d'Or was a great honor for South Korea's standing among world cinema, but that this was nothing new in the country's one hundred year film history. Further, it was mentioned that these English subtitled screenings were mainly about providing a new, broader approach to the filmgoing experience. 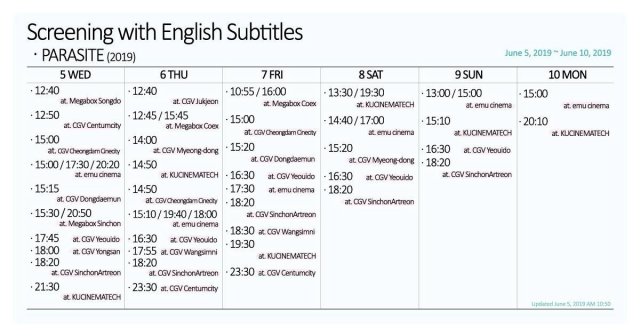