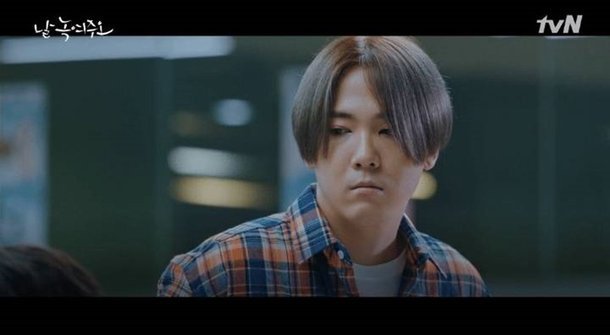 The effect is most pronounced with supporting actor Lee Hong-ki, with round parted hair that covers parts of his face, granting a peek a bang effect. He has also sported a silly looking checkered shirt. Though such fashion looks ridiculous today, it was popular in the late nineties, giving his scenes a very authentic look.

The other actors are not quite so explicit in their approaches, but an emphasis on hair bands, large goofy glasses, and bandanas, among others, has given the drama the look of late nineties Hallyu Wave films. Or at least, it does for the scenes taking place in the past. "Melting Me Softly" airs on Saturday and Sunday on tvN and recently hit ratings of 3.2% in that timeslot.