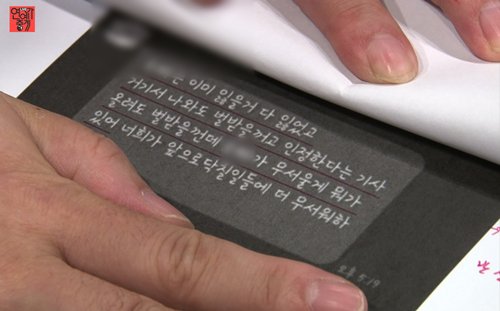 One message in particular states that Kang Ji-hwan has already lost everything and that coming out any further will only result in the release of punishing articles acknowledging what has happened. The message concludes by saying that what is to come will be more frightening than whatever has happened.

The messages paint a different light of the reaction of Kang Ji-hwan's company, Huayi Brothers. There was a lull between the initial arrest and Huayi Brothers finally canceling his contract. At the time in the public sphere Kang Ji-hwan's guilt was still uncertain, but these messages suggest that whoever wrote them believed the allegations to be true and possibly precedented by similar past events.