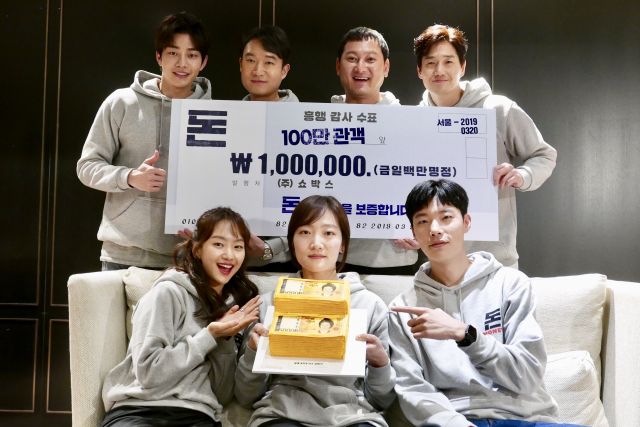 Since its release on March 20th, "Money" has handily jumped past the million viewer mark. Cast members put together a cheerful photo for fans to celebrate the milestone, which occurred at seven 'o clock PM KST on Saturday, March 23rd.

"Money" is about the nebbish Il-hyeon (played by Ryu Jun-yeol), a junior stockbroker who becomes involved in an elaborate scam. The film straddles the line between comedy and drama, and is anchored mainly by Ryu Jun-yeol's performance as a man who doesn't seem like main character material.

Ryu Jun-yeol had similar success with "Believer" last year, although his screen presence was not as dominant as the marketing implied. After the weekend box office had settled, "Money" had also broken the 1.5 million viewer threshhold.