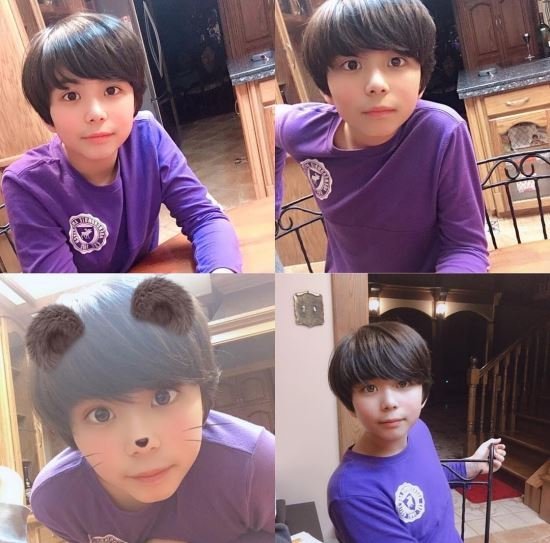 Moon Mason, the cute child star of "Making Family", is quickly blossoming to an equally adorable teenager. He recently appeared on the tvN variety show 'Thought of Children', and in addition to his youthful appearance, he is also now a bit of a genius with languages, speaking four of them.

He appeared on the show with Park Min-ha, another child star with whom he has often worked in the past. Park Min-ha noted she would call him her boyfriend to adults without really understanding what the word meant. She showed an old picture of them on SNS that briefly received a visible boost in Internet searches.

Moon Mason debuted on "Baby and I" where he played the titular baby. From there he has continued to act such that he has had a recognizable face as an elementary school student in Korean media. He has a Korean mother and a Canadian father but goes to school in Canada, entertaining friends and sometimes appearing in videos with his three siblings.

"[HanCinema's News] Moon Mason Is Growing up"
by HanCinema is licensed under a Creative Commons Attribution-Share Alike 3.0 Unported License.