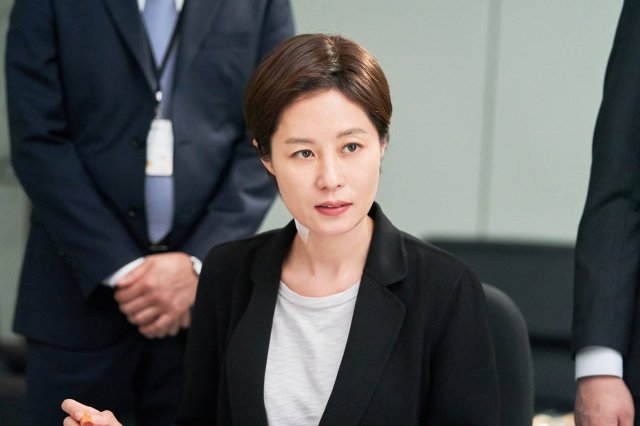 "Juror 8" is coming out in South Korean theaters on May 15th. The movie is based on the real-life first South Korean jury trial that took place back in 2018. At a press conference on May 2nd at the Apgujeong CGV in Seoul Moon So-ri had took some time to talk about her character.

Moon So-ri plays the role of presiding judge Kim Joon-gyeom. Moon So-ri talked about doing a lot of research for the role, including going to real-life trials and watching the proceedings to reading a lot of legal decisions.

Moon So-ri describes her character as not being someone with a vested interest in outcomes who wields a great deal of authority. However, in the context of a jury trial she is forced to take on a more assertive role in either to keep the proceedings under control.

Moon So-ri mentioned fretting a lot about the best way to get the character's more subtle points. Moon So-ri also talked about the pressure her character was under as a woman judge in a high pressure situation, and how she persevered to try and get that across.

"[HanCinema's News] Moon So-ri Talks About Being a Judge on "Juror 8""
by HanCinema is licensed under a Creative Commons Attribution-Share Alike 3.0 Unported License.