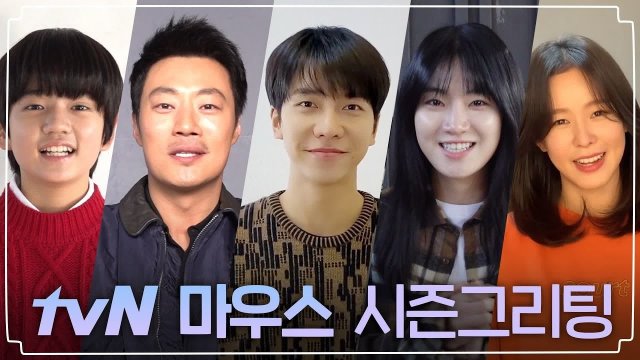 The cast of the upcoming tvN drama "Mouse" recently offered their greetings for Lunar New Year to their fans. Lee Seung-gi encouraged people to mind social distancing guidelines in the light of COVID-19, encouraging people to stick close to family. Regarding "Mouse" he had strong praise for the script, stating that each scene was a decisive one in terms of plot. Lee Seung-gi also expressed strong curiousity about whether viewers would like the drama, and hoped it would meet with their approval.

Lee Hee-joon expressed similar sentiments, encouraging a warm and safe family environment in these trying times. Lee Hee-joon claimed that the script was loaded with clues, and expressed hope that viewers would be able to make their own deductions as to the identity of the serial killer who the characters in "Mouse" are searching for. Park Ju-hyun offered viewers blessings for the New Year, wishing for everyone's good health.