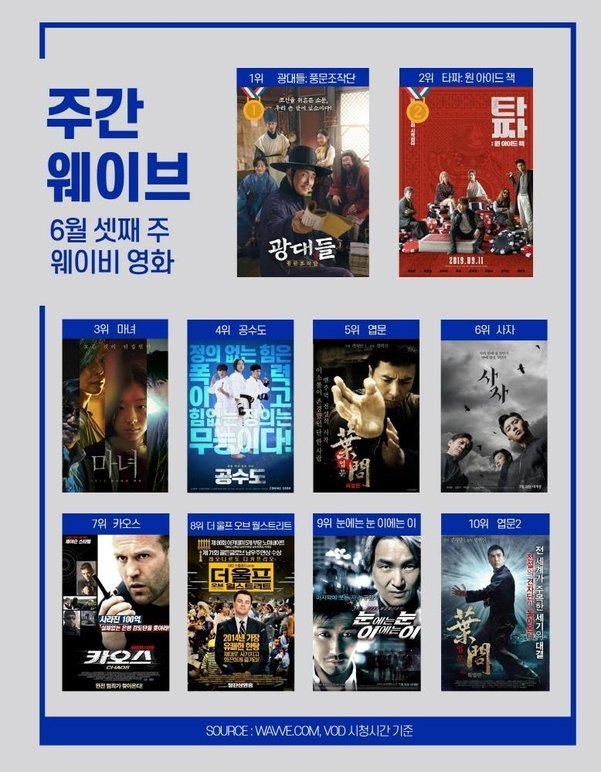 The domestic South Korean streaming service Wavve recently released its rankings for the most watched movies by its consumers. The array of films available on Wavve is not as extensive as those on other streaming services, although the sheer eclectic nature of the list highlights many odd titles.

"Jesters: The Game Changers", for example, was the overall leader on the list in spite of its having a relatively weak theatrical run last summer. It was followed by "Tazza: One Eyed Jack", the third entry in the "Tazza" series that started last Korean Thanksgiving weekend out strong, but quickly lost ground to "The Bad Guys: Reign of Chaos" at the domestic box office.

"Justice High" at number four is the only film on the list not to have a theatrical release from a major distributor. The martial arts themed high school movie was deliberately developed for the secondary distribution market and would appear to be having decent success there. Lastly, "The Divine Fury" at number six appears to be maintaining a cult following, though the project remains a disappointment for the producers, who had hoped for a major blockbuster.