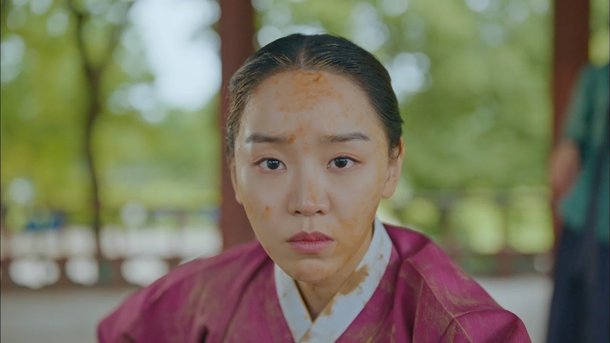 Over the weekend the Joseon-era themed gender bending time travel comedy "Mr. Queen" made its surprisingly strong debut. With ratings of 8% in its first broadcast, "Mr. Queen" has the second highest debut of any tvN weekend drama. It has only ever been outperformed by "Mr. Sunshine", a drama notable for having a considerably more well-known cast and a much more aggressive marketing campaign.

On one end the strong performance appears highly tied to the drama's very unusual fusion concept. Ironically enough "Mr. Queen" being a time travel centered historical drama isn't new. In recent years just as many South Korean historical dramas have had time travel elements as haven't had them. What distinguishes "Mr. Queen" is that in this particular time slip, a man in the present day has been forced into the past day body of a woman- and the royal consort at that.

In this regard Shin Hye-sun appears to be the big reason behind the drama's initial success. Her performance has been widely praised for convincingly embodying that of a helpless, bewildered, heterosexual man in a gender flipped situation largely beyond his comprehension. Relevant voiceovers from Choi Jin-hyuk similarly help sell the absurdity of this womanizing presidential chef being forced into the body of a royal Josen consort. "Mr. Queen" airs on Saturday and Sunday nights on tvN.