[HanCinema's News] "Mr. Queen" Surprises Many With Its Detailing of the Joseon Era Diet 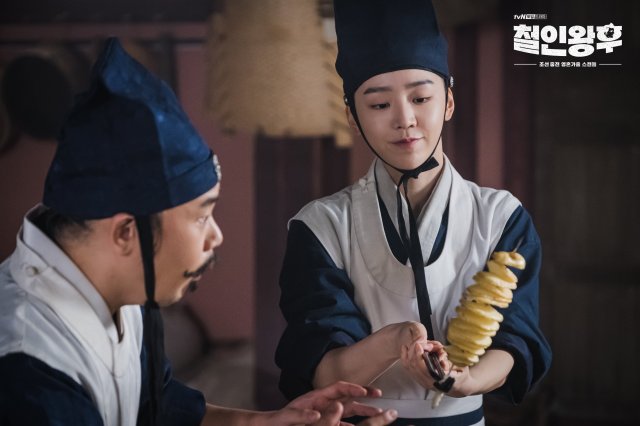 "Mr. Queen" has attracted much positive attention lately due to its discussion of food culture during the Joseon era. In the drama, a modern day chef is transported back to the reign of King Cheoljong. While early episodes did not do much with the profession of the lead character, in more recent episodes his culinary expertise has transitioned into being a critical plot point.

Of particular interest is the explicit detailing of the Royal meal service, which calls for eight meals a day, five of which are meals as we understand them and three of which are more like snacks. Such meals are smaller than the three meals a day typically consumed today. This historical accuracy is notable as the notion of smaller, more frequent meals is thought of as a more recent idea.

Research on the subject of smaller more frequent meals has been somewhat more common in South Korea in part because of what is known regarding the old Royal meal service. The Korean Food Service Industry Journal published a study in 2016 on the topic which found that people who ate in such a way not only had an easier time dieting, they also had a low risk of sexually transmitted diseases.

Subsequent research in more academic contexts has also backed up these conclusions, suggesting a broad variety of health benefits for such a way of eating. Royal nutrionists at Joseon appear to have come to similar conclusions. The Royal meal service was developed under King Sejo in acknowledgment of the fact Joseon monarchs tended to die early of preventable causes. Only five kings of the Joseon monarchy lived past the age of fifty, with an average age of forty-six.

Consequently, it's quite plausible that the lead character of "Mr. Queen" could make himself useful to the Royal household by dispensing dietary advice. Of course, by the nineteenth century Joseon kings were far more likely to die from foul play than they were from preventable disease. "Mr. Queen" itself does not perfectly capture all the nuances of royal nutrition as it was understood at this time, though it has nevertheless provoked sincere interest in the topic.

"[HanCinema's News] "Mr. Queen" Surprises Many With Its Detailing of the Joseon Era Diet"
by HanCinema is licensed under a Creative Commons Attribution-Share Alike 3.0 Unported License.