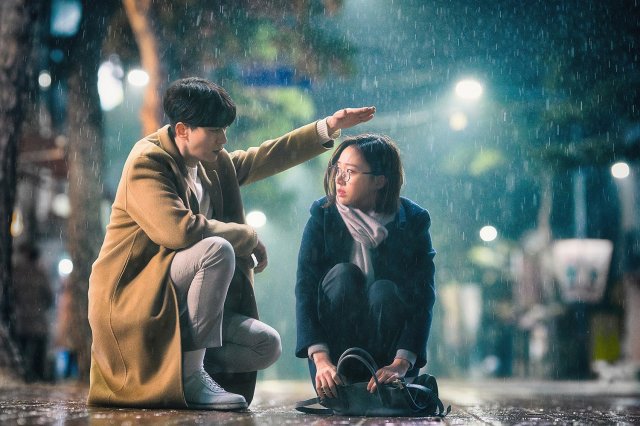 Netflix has announced a February 7th release date for its upcoming drama "My Holo Love". The romantic drama centers around a lonely woman played by Ko Sung-hee, and her experiences with a personal assistant hologram that is played by Yoon Hyun-min.

The main central gimmick to the drama's premise is that Yoon Hyun-min will also play the eccentric developer of the hologram, with a personality that is widely divergent from that of his creation. The production still accompanying the release of this news suggests that the hologram's reliability of appearing anytime, particularly during discouraging moments, will be central to the premise.

"My Holo Love" features Lee Sang-yeob-I of "Shopping King Louis" as director and Ryoo Yong-jae of "Psychopath Diary" as the screenwriter. While much of "My Holo Love" is most likely already completed, much of the drama remains a mystery. The number of episodes that will be available on February 7th has not yet been announced.

"[HanCinema's News] "My Holo Love" to Release on February 7th Via Netflix"
by HanCinema is licensed under a Creative Commons Attribution-Share Alike 3.0 Unported License.