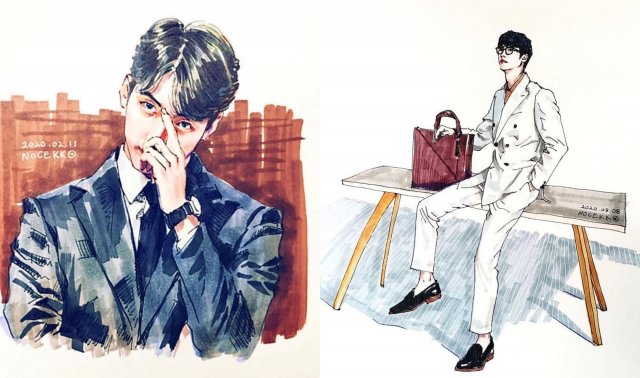 Actor Namgoong Min recently posted three pieces of fan art of himself on Instagram. The drawings depict Namgoong Min wearing suits and feature many of his trademark expressions.

The quality of the pictures immediately attracted attention, with actor Lee Si-eon among others describing them as very cool. 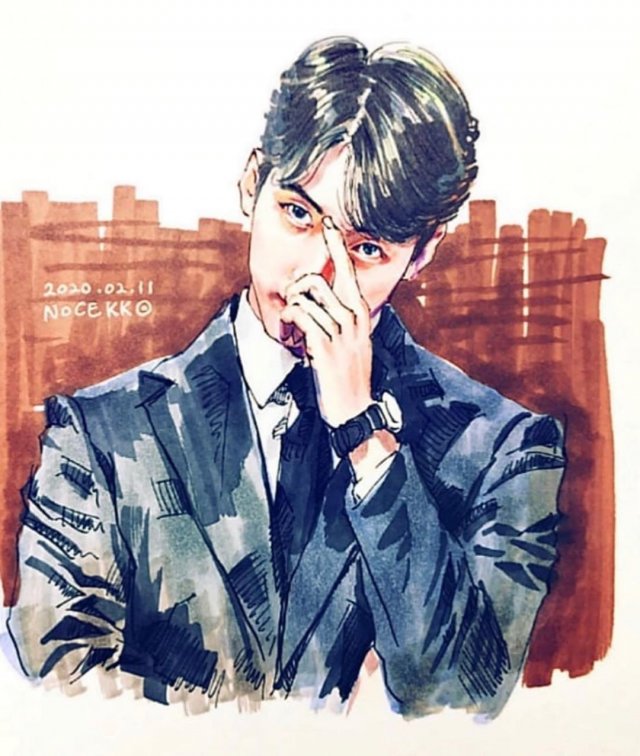 It is not clear where Namgoong Min found the pictures, or if someone sent them to him. They are dated and signed by NOCEKK, who appears to be an Indonesian woman from Banten province on social media. Namgoong Min's last drama was "Stove League", which ended a successful run on February 14th with 19.1% ratings. He is expected to begin broadcasting on "Night and Day" on tvN later this year. 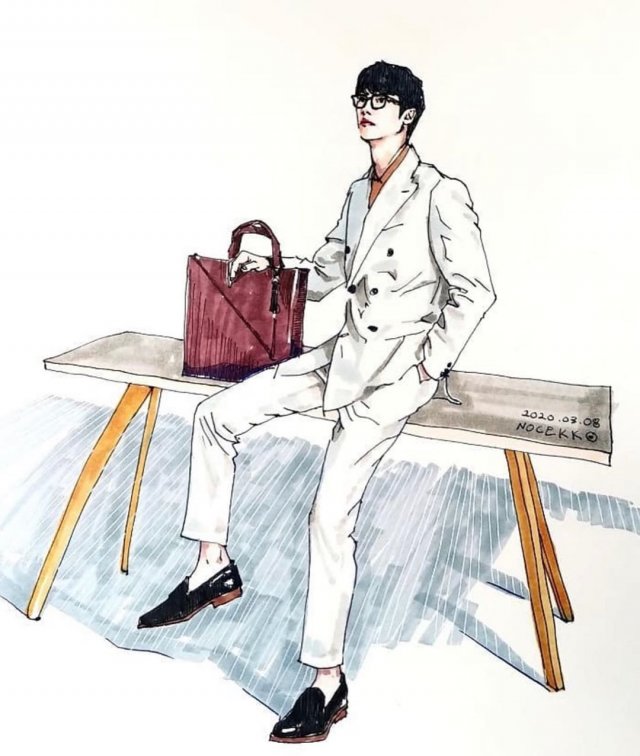 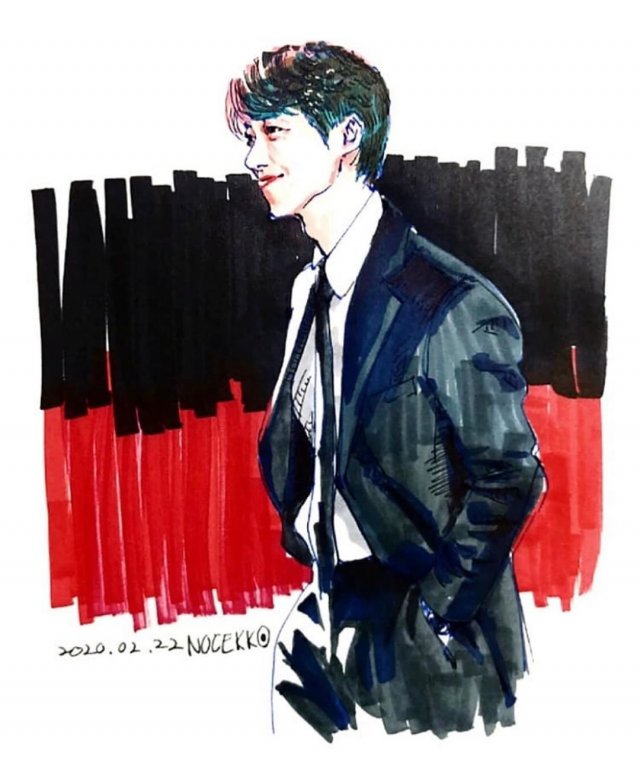