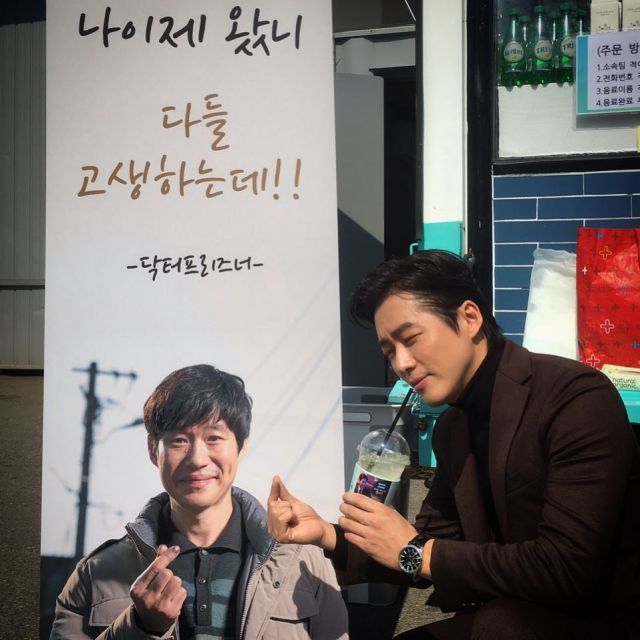 On March 27th "Doctor Prisoner" released a photo taken on set. In the photo, Namgoong Min is scene making a humorous mimicking pose next to a promotional image of Yu Jun-sang from "Liver or Die".

The context of this image is a coffee truck that Yoon Joon-sang had sent to the cast and crew of "Doctor Prisoner" that day. The promotional image of Yoon Joo-sang is signed, "I have come to you all who are working hard!!"

Namgoong Min and Yu Jun-sang know each other from their work together as the co-leads in "Falsify" from 2017. They still appear to have an affectionate relationship. Namgoong Min replied to the coffee car on Instagram by thanking Yoo Joo-sang and calling him his brother.