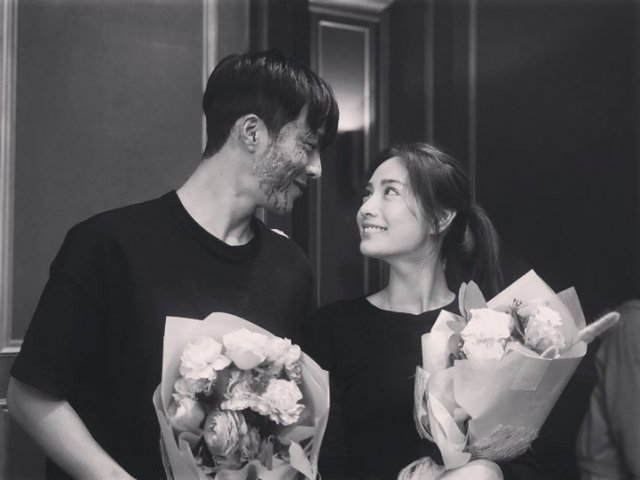 On April 29th Nana posted a black-and-white photo of herself and Jang Ki-yong to Instagram. It was taken on the last day of filming for "Kill It". Nana and Jang Ki-yong are holding congratulatory bouquets and smiling at the camera. Nana has her eyes closed and head tilted, while Jang Ki-yong is still wearing makeup from his last bloody scene.

Nana added a simple caption to the image. It reads, you did a good job Ki-yong. Thank you. It is signed Soo-hyeon and Hyeon-jin, the name of Jang Ki-yong and 'Nana"s characters in the drama. The cute picture is a reflection of the actors' good chemistry and working relationship throughout production. 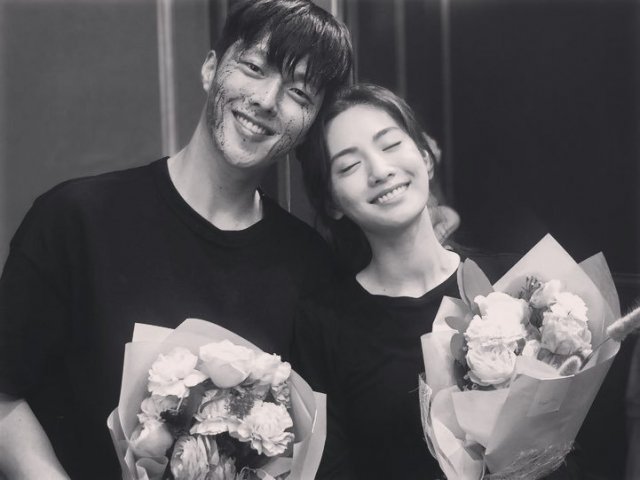 "[HanCinema's News] 'Nana' Thanks Jang Ki-yong for Work on "Kill It""
by HanCinema is licensed under a Creative Commons Attribution-Share Alike 3.0 Unported License.