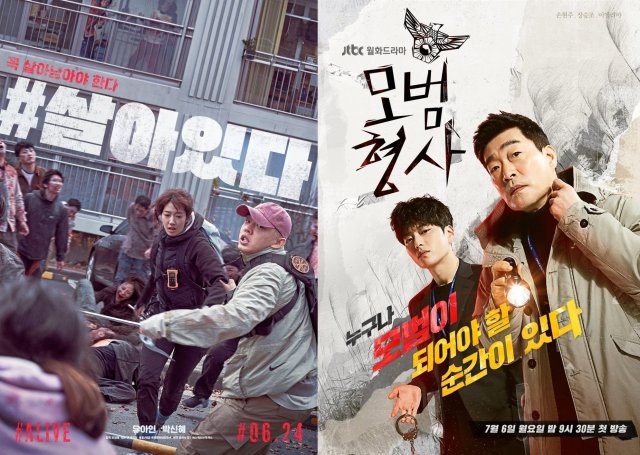 HomeChoice has released its aggregate rankings for the most popular Video On Demand titles currently available on South Korean cable platforms. For the third week of August, "#ALIVE" led for movies and "The Good Detective" for dramas. Both titles are on a three week streak, in large part thanks to a lack of new competition. The figures represent the time period from August 10th to August 16th.

The film rankings were for the most part a reorganization of prior ones. "Innocence" continued in second place, with "Me and Me" in third place, up two spots from the previous week. "Intruder" maintained fourth place while "The Prisoner" dropped two spots to fifth place.

The top three television shows were "The Good Detective", "Once Again", and "Flower of Evil". Most of the rest of the list was dominated by variety shows. However, "Secret Forest" did manage to sneak in at number ten, most likely in anticipation of "Secret Forest 2" which held it premiere on August 15th.