[HanCinema's News] "#ALIVE" Breaks One Million Admissions Over the Weekend 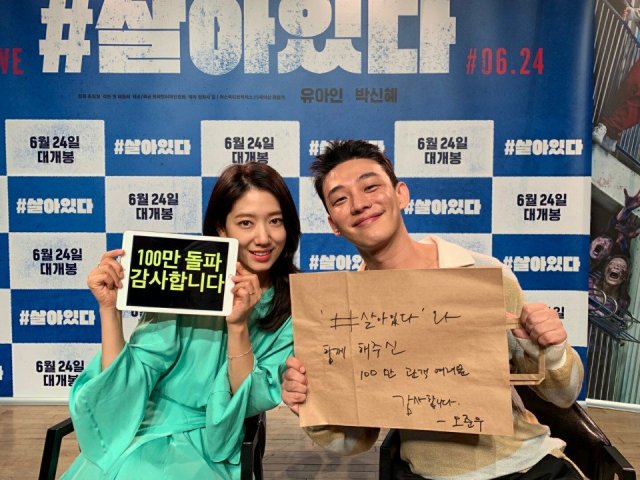 On June 28th, the Korean Film Council released data stating that the zombie movie "#ALIVE" has broken a million admissions, just barely passing the benchmark in its fifth day at the box office. "#ALIVE" is the first movie to achieve the million admission milestone since COVID-19 crashed the South Korean box office back in February.

The success of the movie has thus been a spot of hope for the industry as a whole, bolstering expectations for further summer blockbusters. But much of the strength of "#ALIVE" remains relative. The movie only achieved about three hundred thousand admissions per day on the weekend, which is fairly weak considering that "#ALIVE" earned two hundred thousand admissions on Wednesday.

Still, the implications of this likely say more about the poor reception regarding "#ALIVE" among film audiences aesthetically than they do about the state of the South Korean film market in the age of COVID-19. With a wide slate of more traditional blockbusters such as "Deliver Us From Evil", "Peninsula", and "Steel Rain 2: Summit" coming to theaters it's starting to seem increasingly likely that at least one of them will perform exceptionally well.