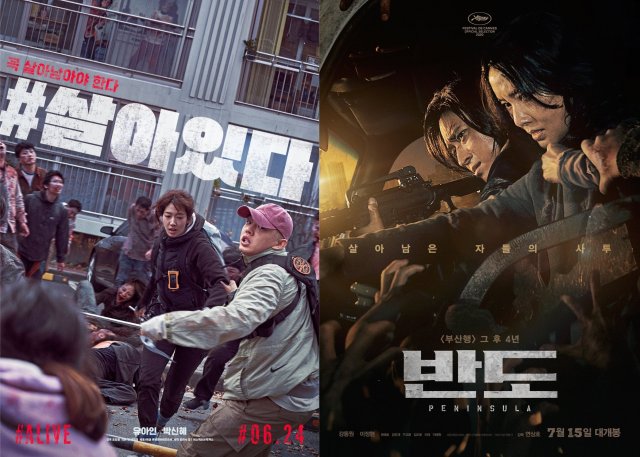 The reign of "#ALIVE" at the top of the South Korean box office came to an end on July 15th, as "Peninsula" finally received a wide release and quickly took full control of theaters, easily exceeding ninety percent of reservations on online movie ticket reservation sites.

The gap between "Peninsula" and "#ALIVE" is so large that "#ALIVE" now looks to have little hope of breaking the 2 million mark before closing out of South Korean theaters. It had gotten as high as 1.8 million in its 21 days on top of the South Korean box office, but those days are now at an end.

"Peninsula" will be released in the United States and Canada on August 7th through Well Go Entertainment. HanCinema will have an opportunity to ask questions of director Yeon Sang-ho, as well as lead actors Gang Dong-won and Lee Jung-hyun ahead of release.

Any readers with questions they'd like to see answered are advised to mention them in the comments, and we will take them under consideration.