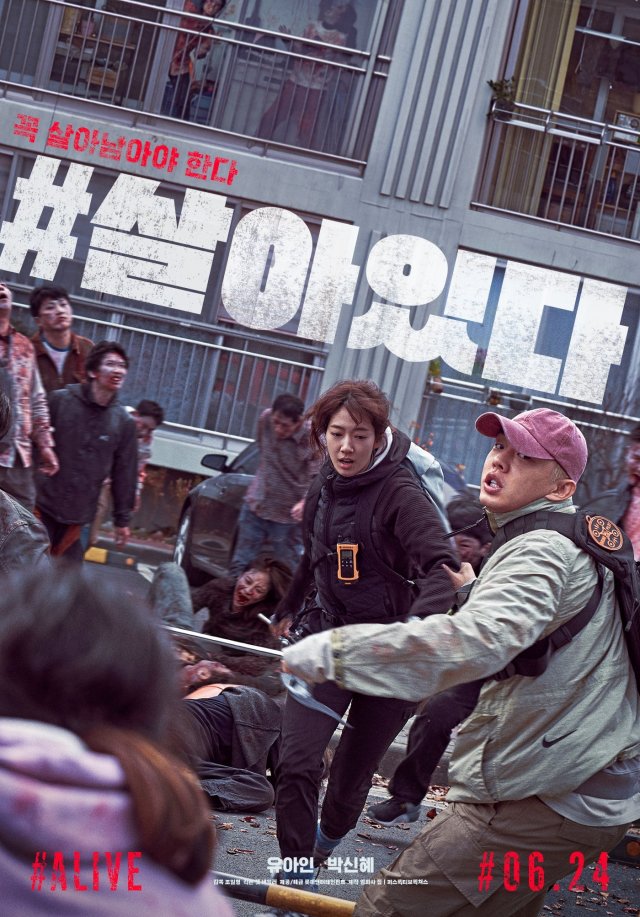 In its fifteenth day of availability at South Korean theaters "#ALIVE" hit another milestone, claiming the number three spot on the South Korean box office for 2020. It narrowly outperformed the political comedy "An Honest Candidate", the last decently successful movie before the COVID-19 outbreak. "As of this writing "#ALIVE" has 1,626,042 admissions versus 1,536,682 admissions for "An Honest Candidate".

"#ALIVE" now looks ahead to the weekend to see if it can try to best number two on the list, "Hitman: Agent Jun" with 2,406,232 admissions. "The Man Standing Next", the current leader with 4,750,104 is probably too much for "#ALIVE" to handle, although the upcoming "Peninsula" next week has a good chance of possibly succeeding its total.