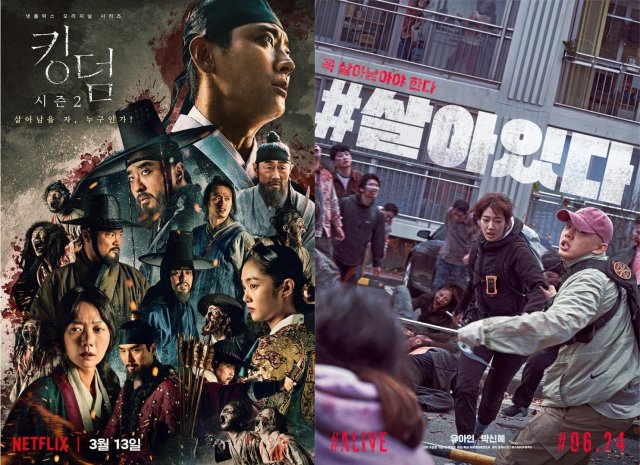 As of September 14th, "#ALIVE" is still holding strong in the global Netflix film rankings on FlixPatrol. The zombie movie has been a surprise success on the streaming platform. But it is far from unprecedented. After all, "Kingdom" and more recently "Kingdom - Season 2" made big waves on Netflix with a similar concept, albeit taking place in the historical era rather than the modern day.

In general Netflix has been a major boon for South Korean media. While the streaming platform's initial launch was laggard, and had little to offer domestic South Korean audiences until "Kingdom", Netflix has been more aggressive recently in terms of acquiring streaming rights to popular domestic dramas. "Crash Landing on You", "It's Okay to Not Be Okay", and "The King: Eternal Monarch" have all been big successes on the platform, improving Netflix's business prospects this year.

The reprocussions for this go far beyond just the South Korean domestic market, however. Netflix has become the dominant streaming platform for South Korean media worldwide, a situation that has benefited Netflix as much as it has the dramas it has promoted. Last year "Arthdal Chronicles" was a domestic disappointment on traditional television relative to its cost, but the prehistorically themed drama was a big enough hit worldwide to prompt approval of a second season.

"#ALIVE" is noteworthy mainly in that it's the first big Netflix success with a South Korean film as opposed to a drama, and particularly a film that Netflix did not help produce. "Okja" and "Time to Hunt" were closely tied with Netflix to appeal to the international market, though neither succeeded as well as Netflix would have liked. But the South Korean film market has plenty of titles with potential broad appeal, as many learned from "Parasite" last year, which Netflix did not license worldwide.

"[HanCinema's News] "#ALIVE" Only the Latest Korean Media to Find Success on Netflix"
by HanCinema is licensed under a Creative Commons Attribution-Share Alike 3.0 Unported License.