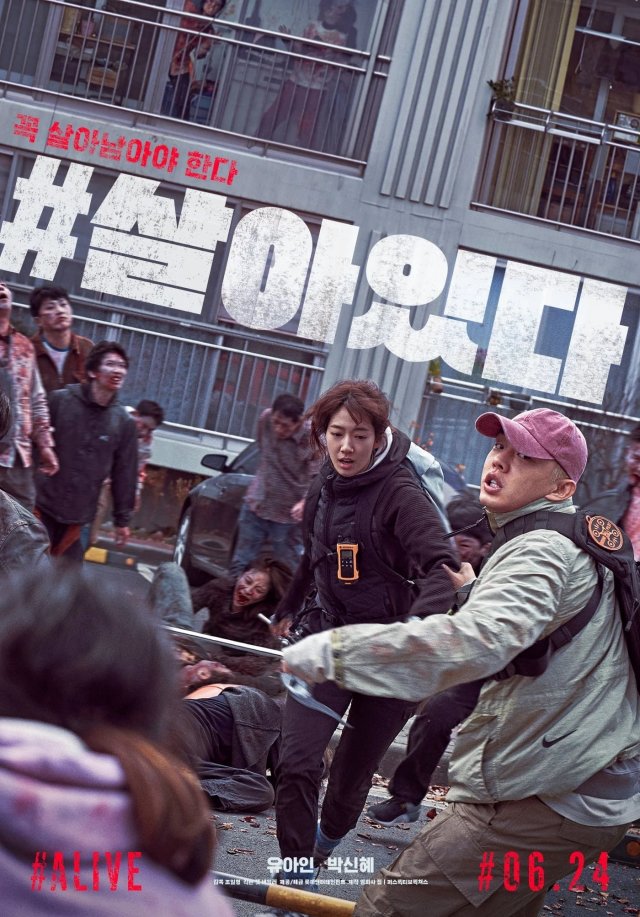 "#ALIVE" first opened on South Korean Video On Demand services on July 28th and since then has handily topped them all for movies. From the very first day "#ALIVE" has had a strong presence on such platforms as IPTV, KT Olleh TV, and Digital Cable TV Home Choice among others. "#ALIVE" first premiered in South Korean theaters on June 24th and became the first movie to break the million viewer mark since the COVID-19 outbreak came to South Korea in February.