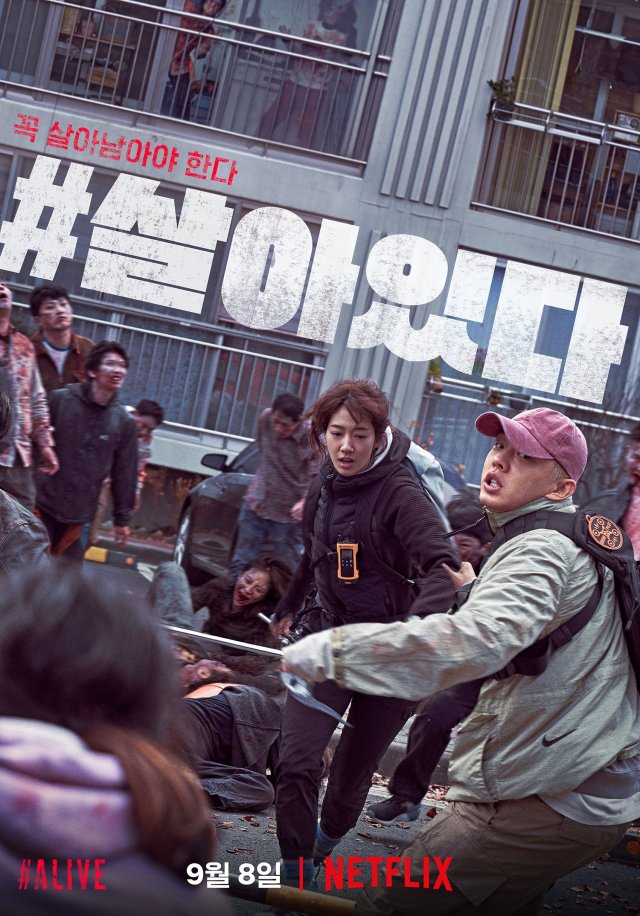 Netflix recently confirmed an international release date for the zombie movie "#ALIVE" which premiered in South Korean theaters on June 24th. "#ALIVE" was widely seen as breaking the pall that hung over the South Korean film industry due to COVID-19, earning over 1.9 million admissions at the domestic office. The movie takes place at an apartment complex wherein a young man played by Yoo Ah-in is trapped due to the outbreak of a zombie apocalypse.

"#ALIVE" has long been seen as having excellent international prospects due to the prominence of Yoo Ah-in and Park Shin-hye, both of whom are internationally known stars. Netflix has promised thirty-one subtitle tracks and five dubbed tracks for "#ALIVE", demonstrating fairly strong confidence in the movie's ability to appeal to international subscribers. "#ALIVE" will be available to Netflix users starting on September 8th.