[HanCinema's News] New Cast Confirmed for "Youth of May" 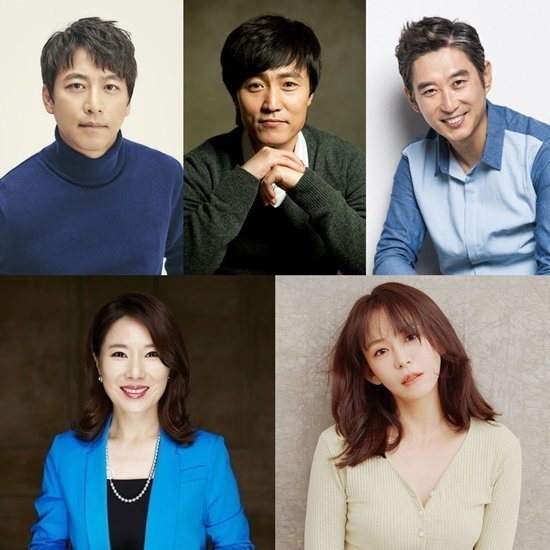 A new slate of supporting actors has been confirmed for "Youth of May". These include Oh Man-seok, who will be playing the role of Hwang Gi-nam, the father of the character being played by Lee Do-hyun. Elsewhere Uhm Hyo-sup will play Lee Chang-geun, the father of the characters who will be played by Lee Sang-yi-I and Keum Sae-rok, whose job in relation to these characters has already been described as a single dad who runs his own business.

Kim Won-hae will play Kim Hyeon-cheol, the father of Go Min-si's character. His profession has been described as a watch repairman, and his character has also been described as having a bad leg. Hwang Young-hee will play his wife, Choi Soon-nyeo, who struggles managing between her disabled husband and her mother-in-law while also trying to keep track of her daughter. Lastly, Shim Yi-young will play Song Hae-ryeong, Hwang Gi-nam's new wife who's the only daughter of a famous company family.

"Youth of May" has come under increased interest due to the casting of Lee Do-hyun and Go Min-si in the leading roles following their appearance on "Sweet Home" last year. The story deals with young characters and their reaction to the ongoing Gwangju Democratization Movement in 1980. It is expected to be released on KBS sometime this year.

"[HanCinema's News] New Cast Confirmed for "Youth of May""
by HanCinema is licensed under a Creative Commons Attribution-Share Alike 3.0 Unported License.