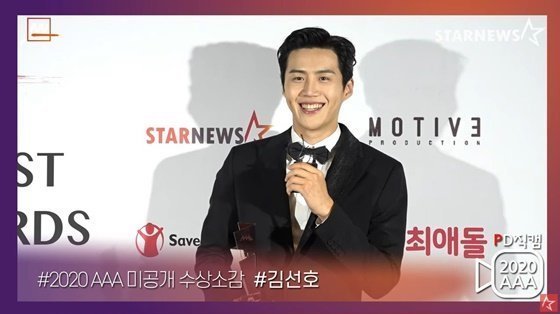 On December 8th STARNEWS Korea released hitherto unseen footage of Kim Seon-ho at the Asia Artist Awards last month. The minute long clip can be seen on their YouTube channel which is produced in association with Kakao. At present, there is no English translation for the clip in question.

Due to COVID-19 safety precautions Kim Seon-ho was not allowed to linger for an extended speech. In response, Kim Seon-ho said that though his time there was short he was happy. The relevant footage was shot on November 25th, with Kim Seon-ho with the ceremony being broadcast on November 28th. Kim Seon-ho appeared in the recently completed television drama "Start Up" drawing much acclaim from fans despite being only the second lead.