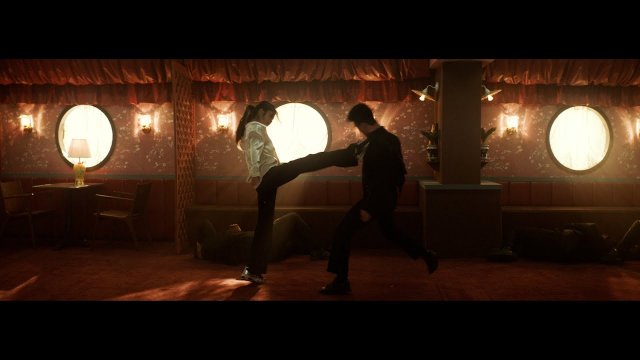 IU has been a major topic of interest as of late due to the incoming release of her new album Lilac on March 25th. A week ahead of that release, on March 18th, new preview footage went out across social media providing further hype for the project. This is because, in stark contrast to IU's normally gentle image, the preview video shows a clear visual reference to the classic South Korean film "Old Boy" which is well known for its intense violence.

The clip isn't quite as elaborate as that of "Old Boy" but the staging is undeniably similar, begging the question as to whether the full video will contain more action choreography in a similar vein. IU has not had any major acting role since "Hotel Del Luna" in 2019. She's appearing in "Shades of the Heart" which will be released in South Korean theaters on March 31st. She had skipped the press conference for that movie owing to her promotional commitments in regards to Lilac.