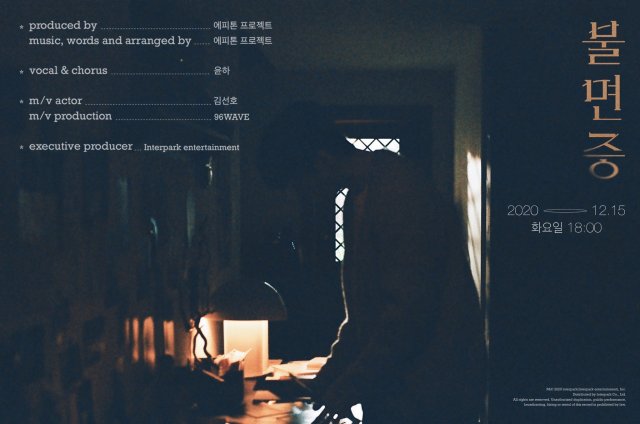 Interpark Entertainment recently announced that Epitone Project, an independent band they represent, will release a new single and music video on December 15th at six in the evening Korean time. The title of the song in question will be Insomnia. The official announcement for the music video contained a largely unidentifiable man in silhouette although the credited information reveals a surprising identity for the actor- Kim Seon-ho.

Persons close to Interpark Entertainment have claimed that Insomnia will be a ballad about a man who is unable to go to sleep due to unforgettable memories of a departed lover. The announcement came shortly before the airing of the final episode of "Start Up" which has done much to bolster Kim Seon-ho's reputation despite his being a second lead.

The video has been described as appropriate for the cold winter. It may also be appropriate given the fate of his character on "Start Up" and possibly even deliberately selected as a project by Kim Seon-ho for precisely that reason. "Start Up" ended on December 6th with ratings of 5.2%.