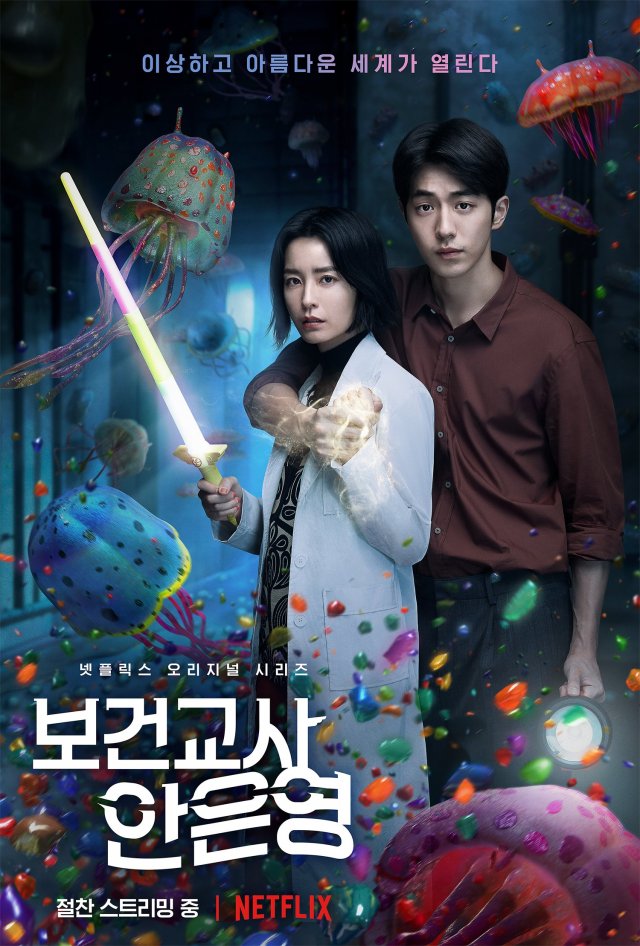 On September 28th Netflix released new materials for "The School Nurse Files" including a second poster. There's not much variation between the second poster and the first poster. Jung Yu-mi still has a shining sword, and Jung Yu-mi and Nam Joo-hyuk are holding their shimmering hands together, albeit in slightly different clothes and with his hand slung across her chest. The backdrop is the main obvious difference, appearing underground rather than outside.

Marketing for "The School Nurse Files" has attempted to emphasize the drama's supernatural elements which are not obvious from the drama's fairly mundane title. The original book that "The School Nurse Files" is based on is similarly not that well know, although it has climbed to sixteenth place in the Kyobo bestseller chart for the third week of September in anticipation of its Netflix release. The drama deals with mysterious jelly monsters and a school nurse who can see them.