[HanCinema's News] New Poster Released for "Crash Landing on You" 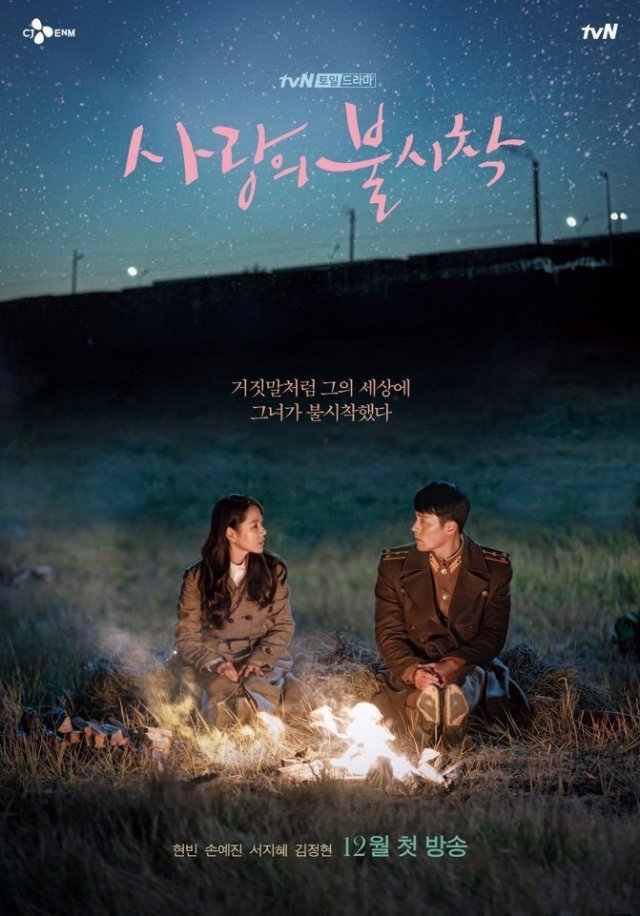 TvN has released a new teaser poster for its upcoming romantic comedy drama "Crash Landing on You". The drama stars Son Ye-jin as a South Korean heiress who inadvertently lands on the North Korean side of the demilitarized zone and into the life of a North Korean officer played by Hyun Bin.

Most of the marketing for "Crash Landing on You" up until now has focused on the zanier aspects of the premise. The new teaser poster has a much more comparatively mellow image, however, as it just shows the two leads casually chatting over a campfire. The intrinsically North Korean aspects of the setting, such as the uniform, the background fixtures, and the unusually starry sky, appear as secondary compared to the two leads just casually chatting.

"Crash Landing on You" is set to begin on November 23rd, and will air on Saturday and Sunday night in the 9PM slot. It will be the first meeting between Son Ye-jin and Hyun Bin since they appeared together in the 2018 film "The Negotiation", which underperformed at the box office, but apparently established a strong rapport between the two actors.

"[HanCinema's News] New Poster Released for "Crash Landing on You""
by HanCinema is licensed under a Creative Commons Attribution-Share Alike 3.0 Unported License.