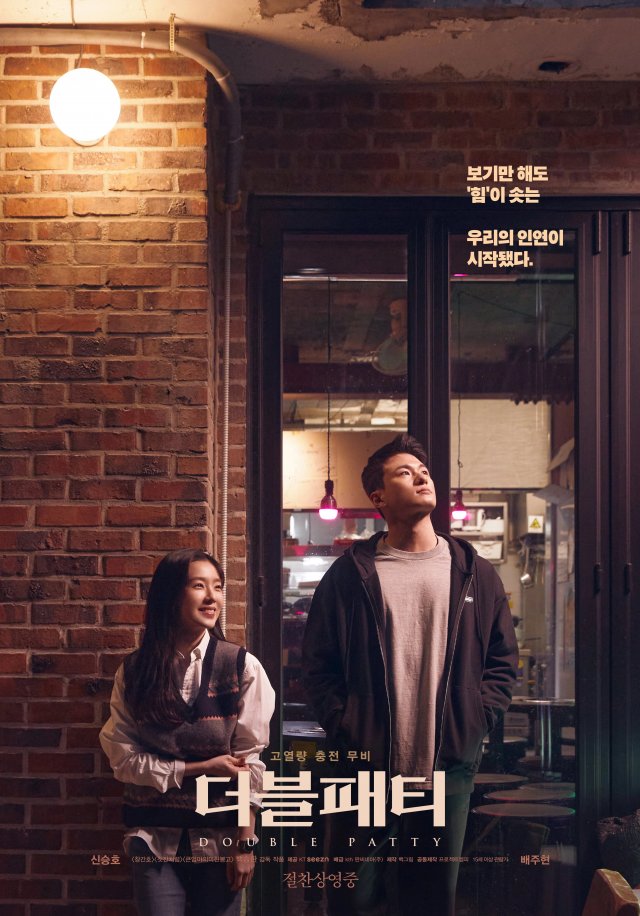 On February 23th kth released a special poster for "Double Patty" in commemoration of the movie hitting the ten thousand viewer mark a couple of days prior. As of this writing, "Double Patty" currently has 11,797 admissions, a number that is unlikely to significantly improve given the larger number of new releases in the coming week. "Double Patty" stars Shin Seung-ho as a young traditional Korean wrestler and Irene as an aspiring reporter.

The text on the poster emphasizes the themes of the movie more clearly, with one line of text reading how even seeing another person can give you strength and the other stating this is the beginning of our destiny. The poster is also an accurate depiction of the mood of the movie, where much of the action takes place at night and how Shin Seung-ho is consistently portrayed as much larger and more oafish than Irene on screen. I will publish my full review of "Double Patty" this coming Friday.