[HanCinema's News] New Poster Released for "Shades of the Heart" 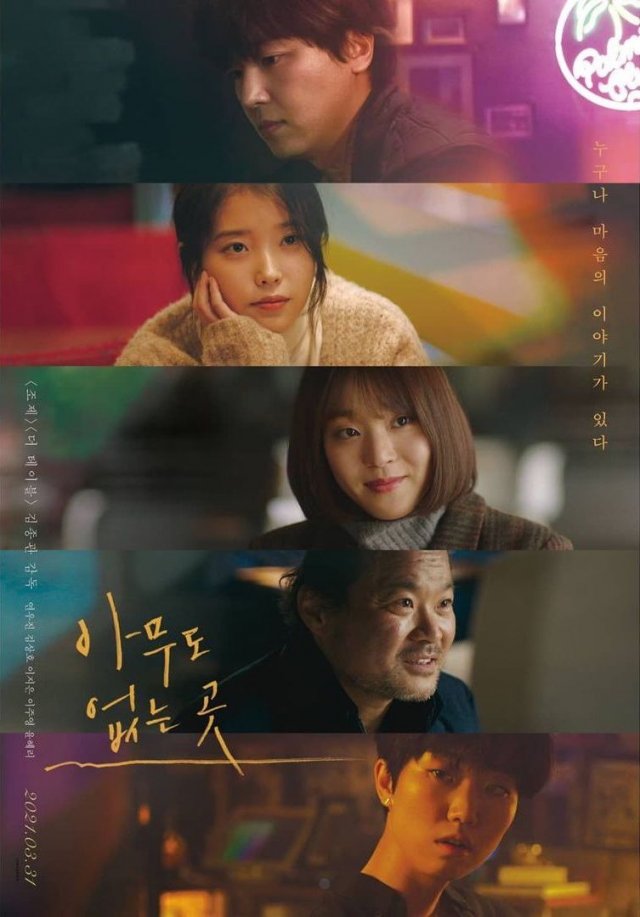 The marketing department for "Shades of the Heart" has released a new poster for the upcoming film which better depicts all five of the film's protagonists in profile. The emotional film from writer/director Kim Jong-kwan is the first since "Josee" last year. However, "Shades of the Heart" was actually filmed first, with actresses Yoon Hye-ri and Lee Ju-young appearing in "Josee" in part due to their having already met the director in the more experimental film.

IU had also previously worked with Kim Jong-kwan in the 2018 film "Persona" which was a Netflix exclusive. Yeon Woo-jin and Kim Sang-ho also appear in the film, with Yeon Woo-jin as the nominal lead who has extended conversations with the other characters in order to make sense of his own life story, which he intends to publish in novel form. "Shadows of the Heart" is currently slated to be released in South Korean theaters on March 31st.

"[HanCinema's News] New Poster Released for "Shades of the Heart""
by HanCinema is licensed under a Creative Commons Attribution-Share Alike 3.0 Unported License.