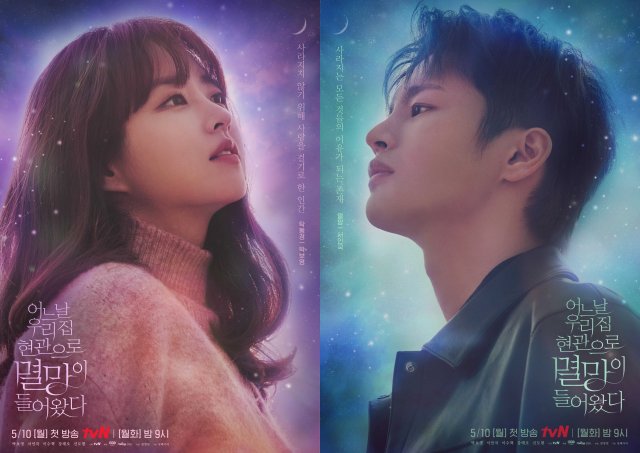 On April 5th, the production behind "Doom at Your Service" released new character posters for the drama, one for each lead character. The poster for Seo In-guk features her in a purple silhouette, while Seo In-guk has more of a bluish-green color. The fantasy romance features Seo In-guk as a mysterious figure facing annihilation having to make a contract with a normal human, played by Seo In-guk, to try and avert that fate. 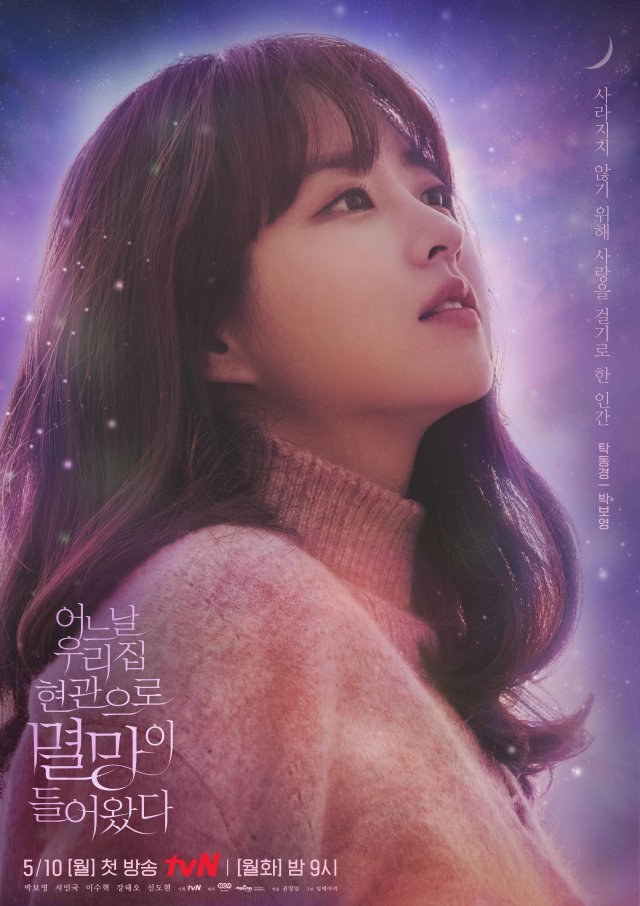 The project is the latest from screenwriter Im Me-ah-ri, who tread similar genre material with "Beauty Inside - Drama" back in 2018. In addition to the news of the poster, new actor Park Tae-in has also been cast in the drama. He will play Park Jeong-min, a rookie employee at the webnovel platform company who works in the same team as the the characters played by Seo In-guk and Lee Soo-hyuk. He had previously appeared in the webdrama "The Mermaid Prince" on Seezn. 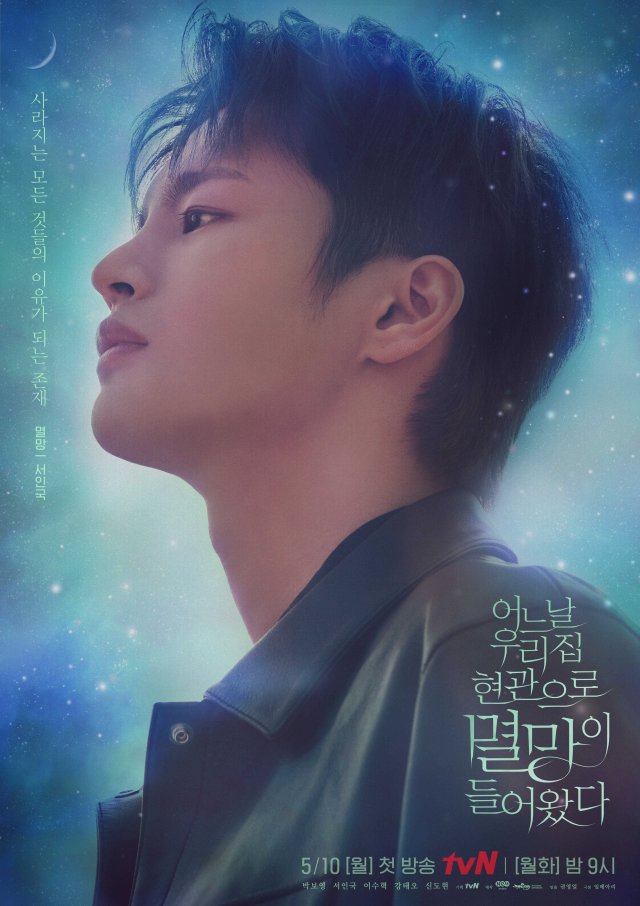 "Doom at Your Service" will start airing on May 10th after "Navillera" ends.

"[HanCinema's News] New Posters and Cast Revealed for "Doom at Your Service""
by HanCinema is licensed under a Creative Commons Attribution-Share Alike 3.0 Unported License.