[HanCinema's News] New Stills Released for "Deliver Us From Evil" 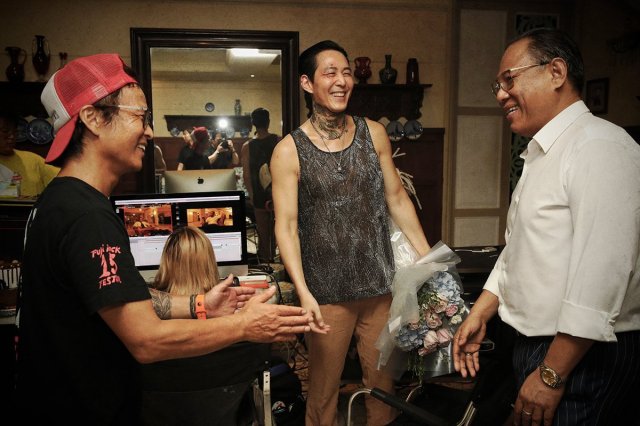 Over the weekend CJ Entertainment released new stills for the movie "Deliver Us From Evil" which passed the three million viewer mark on Saturday. The visuals, both in-action as well as behind-the-scenes, show off both the lush location shooting in South Korea, Japan, and Thailand as well as the talent of famed cinematographer Hong Kyung-po. "Deliver Us From Evil" was his first project since "Parasite" from last year.

According to Hong Kyung-po in normal circumstances most of the scenes would have been filmed on studio sets. However, Hong Kyung-po did much of the camerawork himself on-location so as to maximize the movie's feeling of realism. This would require such inconveniences as stuffing himself in an elevator so as to get a good shot of a scene in a hallway, but Hong Kyung-po felt the extra effort shined through in the final project. 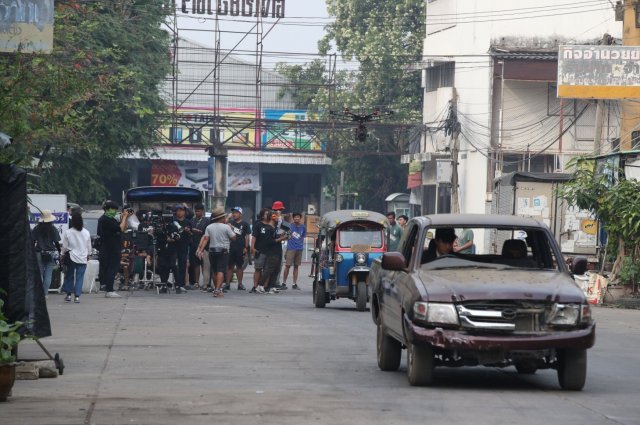 The actors were also on board with the film's overall dedication to realism, doing their own stunts as necessary in order to enhance the acting of their characters in difficult physical situations. Purportedly Hwang Jung-min did the clifftop descent by himself, as well as the car window crashing scenes. Lee Jung-jae also did the gunfight scenes himself, all cases requiring vigorous safety checks to prevent harm coming to the actors.

Hwang Jung-min also did the car chase scenes himself. Hong Kyung-po said that Hwang Jung-min requested this personally, as the scenes in question required many close-ups and he was concerned he could not get his acting correctly without being completely in the moment. In the end the scene in question certainly made Hwang Jung-min seem vivacious, due to this influence.

Computer generated imagery was used in "Deliver Us From Evil" although according to Hong Kyung-po it was only ever to enhance the realism. He claimed that most of the movie's most distinctive scenes didn't even use props. There was a case with real fireworks and bullets, for example, as well as a distinctive red sky for which the production team had to wait for a specific day where it would arrive naturally.

"[HanCinema's News] New Stills Released for "Deliver Us From Evil""
by HanCinema is licensed under a Creative Commons Attribution-Share Alike 3.0 Unported License.