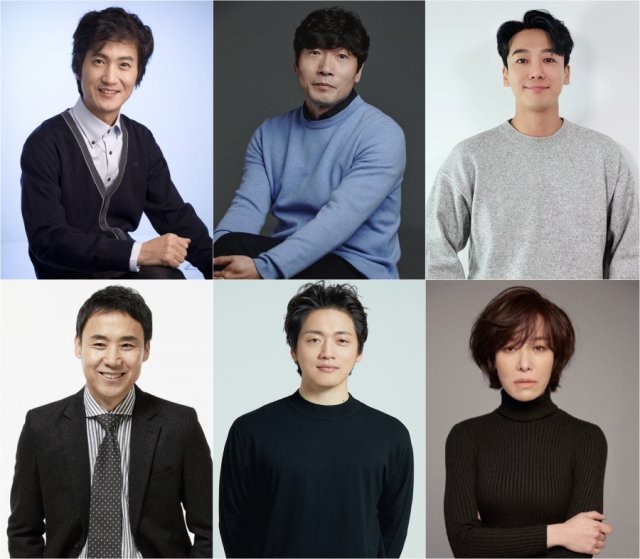 Several new actors have been confirmed for the upcoming June drama "No One But a Madman" which will air on MBC. The drama deals with various middle aged salarypersons who are mulling over whether or when to leave their jobs, and under what circumstances. The first is Ahn Nae-sang, who will play the developer No Byeong-gook. A specialist in wireless cleaning equipment, he is now dealing with a competitive current day marketplace.

Park Won-sang will play the leader of the central purchasing team, Paeng Soo-gon. Alongside the lead character played by Jung Jae-young and another newly announced character, Gong Jeong-pil as played by Park Sung-geun, these three will be the three musketeers who were once responsible for new product development at their company. Park Won-sang's character, however, left that position for purchasing at the advice of human resources.

Kim Nam-hee-I will play Sin Han-soo, a highly skilled employee of the QA Team. She openly resents the developers, and is expected to stoke conflict with them in the office politics setting of the drama. Her name is intended to be read as a pun, with "The Divine Move" having roughly the same Korean pronunciation. Kim Joong-ki will play Go Jeong-sik, a professional rival to the character played by Ahn Nae-sang.

Jo Bok-rae will play Han Seung-gi, the CEO of the company of a noticeably younger age that the lower level workers he manages, but the intimidation factor to make up for it. Lastly, Cha Chung-hwa will play Sin Jeong-ah. She will be the friend of the character played by Moon So-ri and have a sister-like relationship the one played by Kim Nam-hee-I, with a penchant for extreme theatrical action. However, the production company for "No One But a Madman" is promising a fairly realistic tone.

"[HanCinema's News] New Supporting Cast Confirmed for "No One But a Madman""
by HanCinema is licensed under a Creative Commons Attribution-Share Alike 3.0 Unported License.