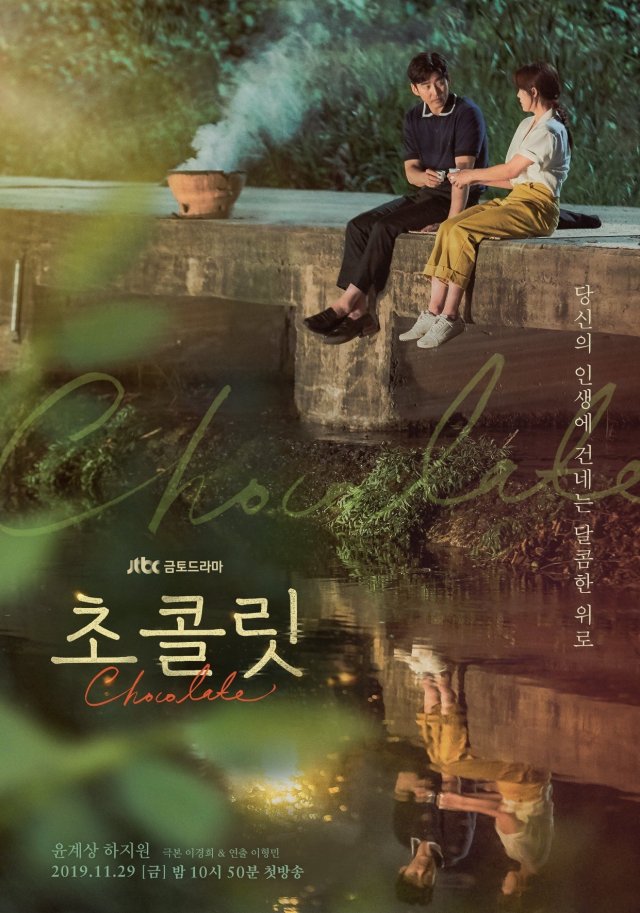 A new teaser poster has been released for the upcoming jTBC drama "Chocolate", which will star Yoon Kye-sang and Ha Ji-won in the leading roles. The subtitle on the right hand side reads, "The passing sweet consolation to your life".

"Chocolate" is set to begin airing on November 29th. The drama will follow "My Country: The New Age" in the late night Friday/Saturday time slot. The story deals with a neurologist and a chef who meet at a hospice, with a special emphasis on food preparation.

The drama is noteworthy for being the reunion of director Lee Hyeong-min and screenwriter Lee Kyeong-hee from the popular drama "Sorry, I Love You" from 2004. The drama was famous for being a sad love story, and while both Lee Hyeong-min and Lee Kyeong-hee have been active over the years, it has been some time since they've done a project like this.

This will also be the first drama for lead actor Yoon Kye-sang since "The Good Wife" in 2016. Ha Ji-won's last drama was "Hospital Ship" in 2017. The melodramatic tone will be a departure from Yoon Kye-sang's image, although Ha Ji-won is more well known for this kind of genre work.