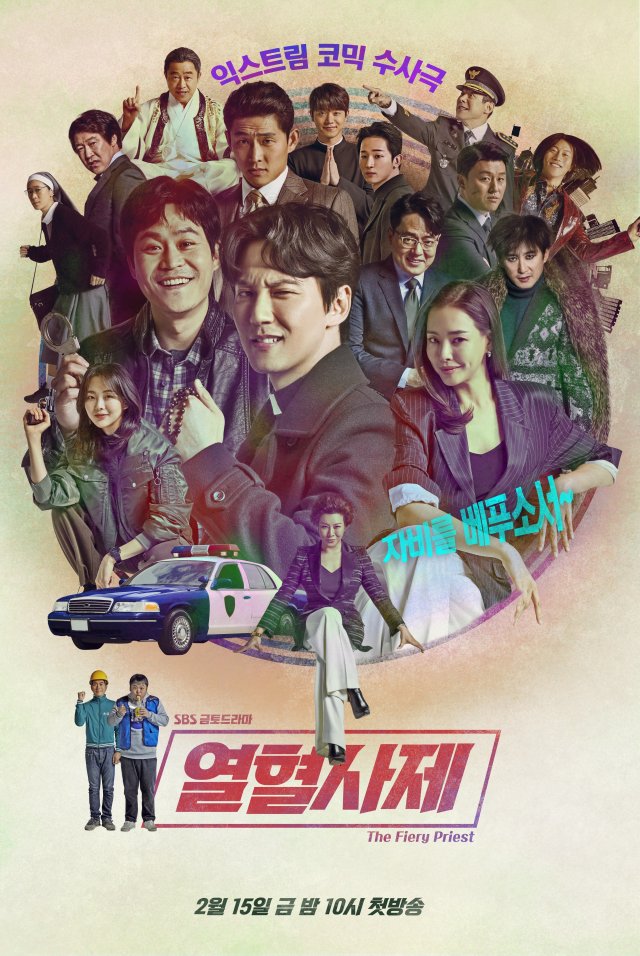 With the completion of the most recent set of dramas, all dramas that have been defined as having aired in 2019 are now finished.

Consequently, Nielsen Korea has been able to put out a list of the most highly rated dramas of the year by average ratings. "The Fiery Priest" easily won out in this regard, with an average rating per episode of 18.12%.

Second place was the recently concluded "When the Camellia Blooms", which had an average episode rating of 14.83%. Close behind it was "Doctor Prisoner" in third place with an average rating of 14.21%. Fourth place was "The Last Empress" with 14.1%. "Liver or Die" held fifth place with 12.1%. Ranks six through ten were, in order, "Memories of the Alhambra", "Hotel Del Luna", "Vagabond", "Encounter", and "Doctor John".