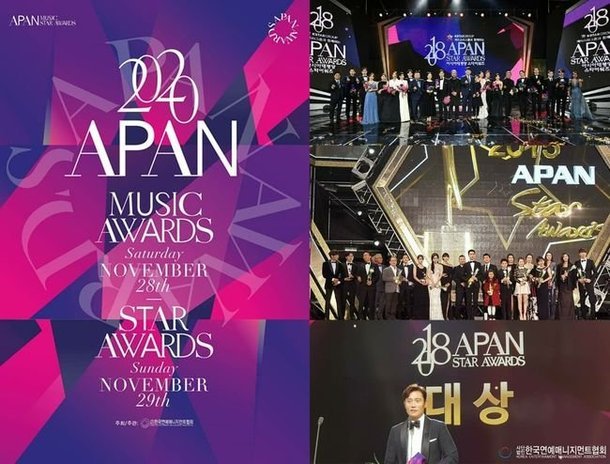 On November 13th the APAN Star Awards announced the acting nominees for their upcoming ceremony which will take place on November 29th. The nominations for best actor in a miniseries include Kim Min-jae-I for "Do You Like Brahms", Park Bo-gum for "Record of Youth", Park Hae-joon for "The World of the Married", Joo Won for "Alice", and Ji Chang-wook for "Backstreet Rookie". The nominees run a long gamut in terms of relative fame and genre projects.

The nominations for best actress follow a similar pattern. Kim Yoo-jung of "Backstreet Rookie", Park Eun-bin of "Do You Like Brahms", Seo Ye-ji of "It's Okay to Not Be Okay", Seo Ji-hye of "Dinner Mate", and Lee Sung-kyung of "Dr. Romantic 2" were all included. There's surprisingly little overlap for the nominees for best overall drama of the year, which include "Itaewon Class", "When the Camellia Blooms", "Crash Landing on You", "A Wise Doctor's Life", and "It's Okay to Not Be Okay".

The eligible dramas for this years APAN Star Awards were broadcast from October 1st of 2019 to October 30th of 2020. All dramas, including cable dramas as well as web dramas, were eligible to be nominated. The live broadcast of the awards ceremony will be carried in over 200 countries on November 29th, with a deemphasis on personal participation due to COVID-19 concerns.

Vote with the app IDOLCHAMP: