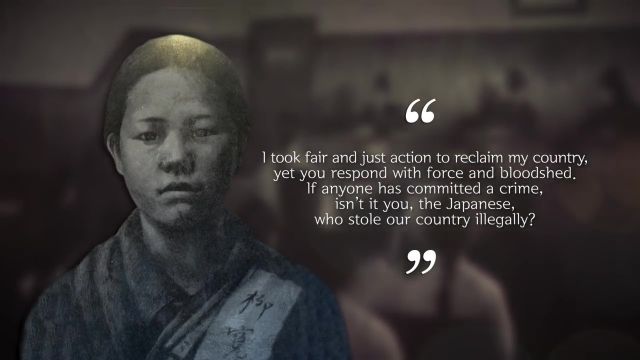 Back in February, the production team for "A Resistance" produced a short informational video of Korean revolutionary leader Yu Gwan-sun, who led pro-independence protests from a Japanese prison and died for her efforts. On April 1st, a new version of the video was released with English subtitles added in.

The video consists of footage from the movie interspersed with historical documentation and explanation about who Yu Gwan-sun was. The focus is on the latter, as even Koreans are not necessarily all that familiar with the real person and her backstory.

The video is also helpful background on the street protests which spurred the mass arrests which led to the events of the film. Among other things historical documentation explains the wide scope of the protests and how even gisaeng participated.

The narrator of the video, Ahn Hyeon-mo, was not paid for his efforts. In a statement, he said that he was happy just to tell people about Korea's liberation history, and was hopeful that the English-subtitled version would also provide useful context for foreigners.