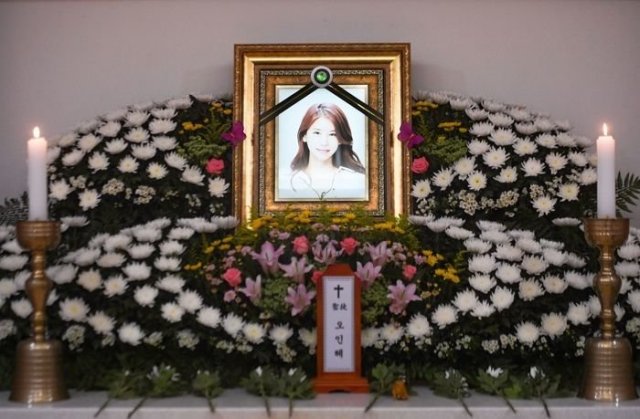 Following the unfortunate death of actress Oh In-hye on September 14th her family set up a memorial service on September 15th and a full funerary ceremony is now set for September 16th. Oh In-hye was discovered at her home by police early on September 14th not breathing following contact from a concerned friend. They are still investigating the cause of death. Suicide is suspected, but police have not yet found a suicide note or any clear intent to that effect.

Oh In-hye first debuted as an actress in 2010 with a minor role in the drama "Sin of a family". However, she's better known for her appearances in obscure, sexually themed avant garde films. These include "Red Vacance Black Wedding" to "Eating, Talking, Faucking", "Wish Taxi", and "Janus: Two Faces of Desire" where she had fairly prominent roles. Her career trailed off in 2014, her only credit after that point being in the cable drama "539 Yeonnam-dong".

"[HanCinema's News] Oh in-hye's Funeral to Be Held on September 16th"
by HanCinema is licensed under a Creative Commons Attribution-Share Alike 3.0 Unported License.