[HanCinema's News] "Oh! My Gran" Strives to Be Next Family Comedy Hit 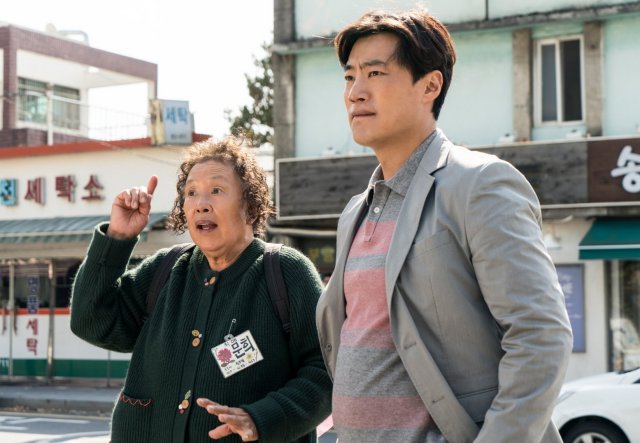 Comedy films have been more noitceably absent than most since the South Korean box office reopened to new major releases back in June. Only "OK! MADAM", which was released last week, can be described as a mainstream comedy. It's currently expected to cap out at around one million viewer admissions. "Oh! My Gran" has bigger hopes, with lower stakes, as Na Moon-hee and Lee Hee-joon hope for a major box office draw.

Both actors have appeared in leading roles for well-performing movies that were not necessarily guaranteed success. Na Moon-hee was in "I Can Speak" and Lee Hee-joon in "The Man Standing Next". But while both actors have shown strong chemistry as well as good comedic timing they've yet to have a chance to showcase these talents as the leads in a major comedy. Unconventional pairings, however, have done well in this eclectic family bonding genre.

"Keys to Heart" in 2018, for example, was also a sharp look at an eclectic family wherein one member had a non-standard mental state. "Exit - Movie" from 2019, a bigger hit albeit in broader terms, also made the most of an extended set-up involving a family with modern world fristrations. "Oh! My Gran" features all of these same elements, but with a stronger emphasis on the elderly mother.

Na Moon-hee plays a dementia-afflicted woman in "Oh! My Gran" who tries to assist her son played by Lee Hee-joon. The frustrated mother/child dynamic shines through even in still images, and the down-to-earth story of hunting down a hit and run driver is a welcome lightening of tone at a summer box office where very serious stories have predominated. Whether "Oh! My Gran" will work as well in practice as it seems to in theory, we'll find out when it releases on September 2nd.

"[HanCinema's News] "Oh! My Gran" Strives to Be Next Family Comedy Hit"
by HanCinema is licensed under a Creative Commons Attribution-Share Alike 3.0 Unported License.