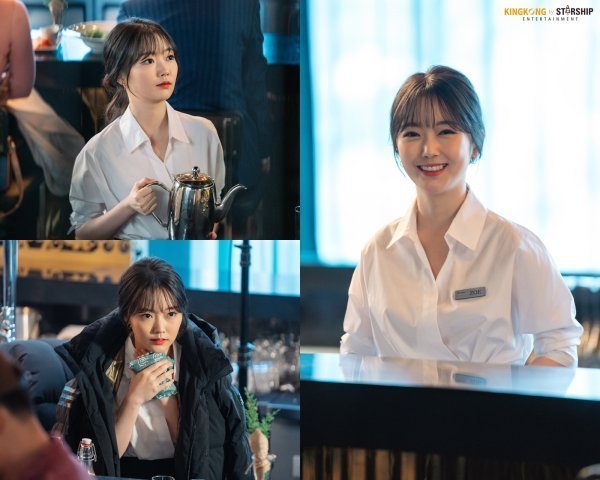 On April 19th the King Kong imprint agency of Starship Entertainment confirmed that the role of the brunch cafe manager Joy who appeared in the eighth episode of "The World of the Married" is being played by Oh So-hyun, who is represented by the agency. The role had not appeared in earlier versions of the drama's cast lists.

In "The World of the Married" Joy flashes a quiet smile to Je-hyeok, who is played by Kim Young-min. When presenting the bill we also learn that Joy had left her phone number on it for him. Oh So-hyun left a strong impression on viewers as well, many of whom were impressed by her lovely chemistry.

This is not Oh So-hyun's first acting role in a drama, though she is still quite young, having only turned 22 last month. She appeared on "Her Private Life" last year as a fan of one of the principal characters, and also had a named role in the movie "Cheer Up, Mr. Lee". While Joy is her first named role, Oh So-hyun has also been confirmed to be appearing with another named role in "Eighteen Again" later this year.

"[HanCinema's News] Oh So-hyun Appears in "The World of the Married""
by HanCinema is licensed under a Creative Commons Attribution-Share Alike 3.0 Unported License.