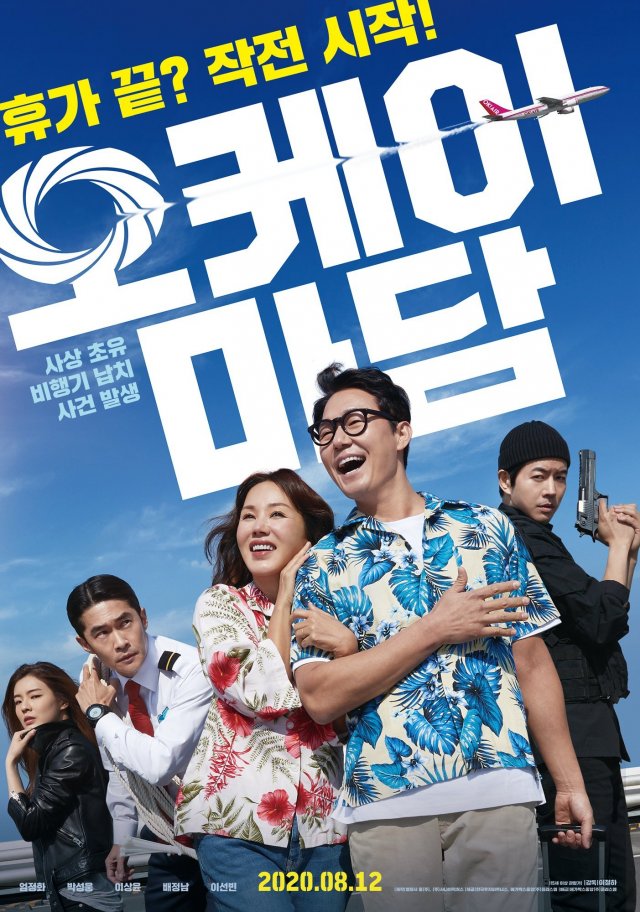 On September 17th the distribution company behind "OK! MADAM" abruptly announced that the movie would be available on IPTV and digital cable services for on-demand viewing. "OK! MADAM" deals with a seemingly ordinary Korean family that gets involved in a plane hijacking. The comedy film starred Uhm Jung-hwa and Park Sun-woong in the leading roles, and premiered in South Korea theaters on August 12th.

"OK! MADAM" earned over 1.2 million viewers over its theatrical run this summer. It roughly met expectations for a genre comedy movie. While it did poorly relative to the summer season debatedly "OK! MADAM" did well given the COVID-19 slowdown on the South Korean film market, which has seen decreased box office draws across the board.

"OK! MADAM" now looks to be a favorite for the upcoming South Korean Thanksgiving holiday. The less serious nature of the movie compared to other VOD releases make it a comparably more appropriate movie for family viewing. The VOD market has taken on particular importance in recent months as COVID-19 has worked to dissuade people from going to movie theaters.