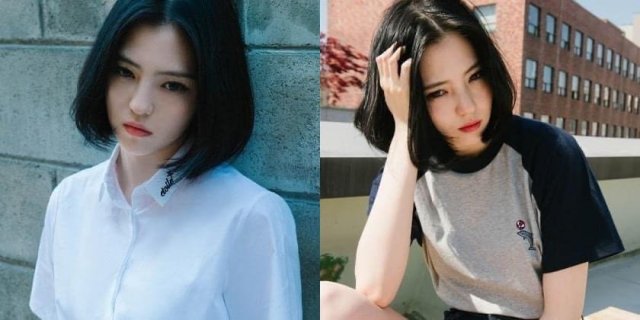 While Han So-hee's past work as a fitting model is a matter of public record, her name was not well-known at the time, so her work had fallen into obscurity. However, old photos of Han So-hee as a fitting model have been located and went viral on the South Korean Internet on May 14th.

The pictures in question were used for an online shopping mall. Though definitively Han So-hee, she has a surprisingly cruel and defiant expression, her dark hair and makeup clashing with a pale complexion. Online commenters were impressed with her ability to convey a deliberate tone with just a single mean look. Han So-hee is currently starring on the popular drama "The World of the Married", which has greatly increased her visibility and profile.